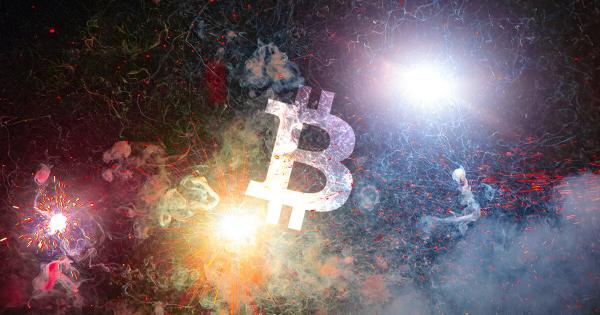 Bitcoin has shaken off a worsening coronavirus outbreak and record jobless claims in the U.S., rallying past $7,000 just minutes ago as of the time of writing this article, reaching a local high of $7,200.

Although many have embraced this move, many traders were caught off guard by Bitcoin’s recent strength, epitomized by the $40 million worth of BitMEX short positions that have been liquidated in the past hour, data from Skew.com shows.

There are some leading theories as to what is causing this move, though.

Demand for Bitcoin is booming

The most obvious theory seems to be that there is a rapidly-growing demand for Bitcoin and other cryptocurrencies.

Qiao Wang of Messari, a former institutional trader, summed it up nicely when he shared the below image amid the move, which shows the Bitcoin order book for Coinbase Pro.

Although not representative of other exchanges, it is clear that there are more traders bidding Bitcoin than selling it, with there existing nearly 24,000 BTC worth of orders down to an order price of $2,000 and a mere 4,000 BTC worth of orders up to $12,000. Wang wrote that “it can’t get any more long-term bullish than this,” referencing the data.

BTC order book… While I'm short-term cautious due to macro conditions, it can't get any more long-term bullish than this: pic.twitter.com/snq8ISFMCF

Alongside this, as CryptoSlate has detailed over the past few weeks, stablecoin issuers, such as Tether, Binance, Paxos, and Circle/Coinbase, have created hundreds of millions of new coins within the past month.

Another thing that could be pushing the crypto market higher is Bitcoin’s tacit seasonality, which sees it underperform in the first quarter of every year to only start rallying in April.

Case in point: trader RJ recently shared the below chart, which shows that for the past two years, Bitcoin has always rallied extremely strongly during the month of April, gaining 33.6 percent and 28.6 percent in 2018 and 2019, respectively. 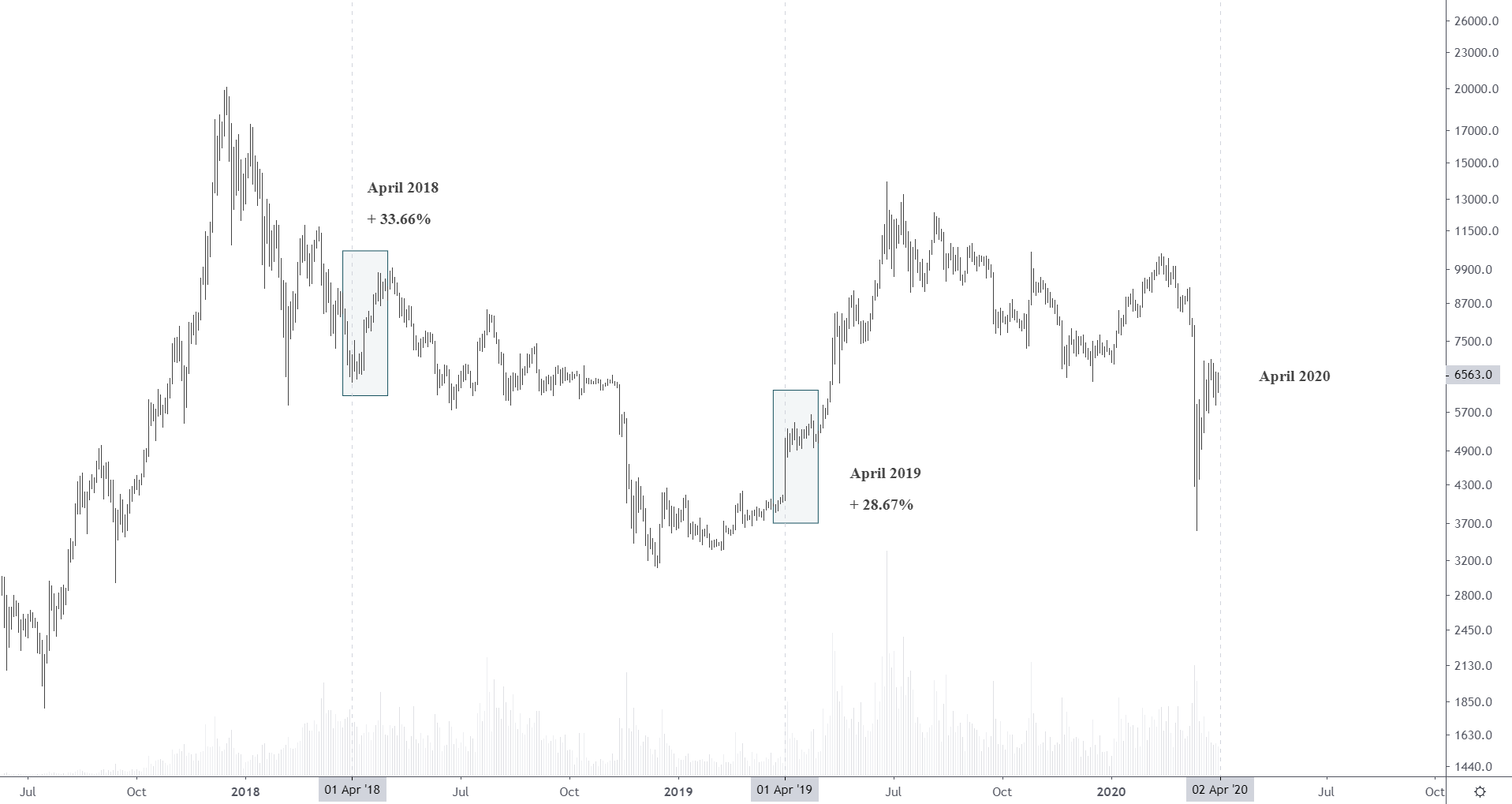 Hype for the halving continues to grow

Finally, it is clear that the hype for the upcoming Bitcoin block reward reduction, known as the halving, continues to grow as it is now under 50 days out, made clear by the growing Google search volume for the term and the social media buzz about the event.

As found by cryptocurrency analyst Nunya Bizniz, Bitcoin rallied strongly into the prior two halvings (marked by the red vertical lines in the chart below). History rhyming will see the cryptocurrency continue to push towards the upside as the halving draws ever closer.

Bitcoin is about 120 days away from the halving.

What was price action like 120 days prior to the first two halvings?

Whether you believe its priced in or not, if past is prologue – volatility may be expected. pic.twitter.com/7peG6Ir0m4

The overwhelming majority of traders in the crypto market are currently longing Bitcoin, data shows.

Historically, the Bitcoin price has tended to increase in the second quarter of every year.

With strain on the physical gold market, is Bitcoin the next best bet?

In times of economic crisis, gold has been the tried-and-true solution for those looking to protect their wealth for decades, even centuries; indeed, the metal has held its value for millennia, is universally loved, and is scarce.