“Enough already” was the blunt message billionaire Mike Novogratz had for the @Bitcoin Twitter account, whose latest tweets showcase its handlers affinity for the ongoing “Bitcoin Cash is Bitcoin” rally. 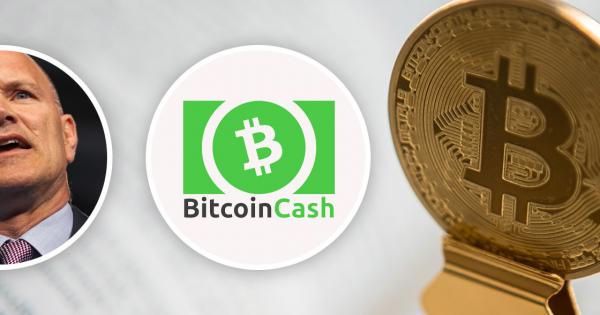 “Enough already” was the blunt message billionaire Mike Novogratz had for the @Bitcoin Twitter account, whose latest tweets showcase its handlers affinity for the ongoing “Bitcoin Cash is Bitcoin” rally.

Via a tweet dated May 5, the @Bitcoin handle explicitly claimed Bitcoin Cash to be the “oldest cryptocurrency” in town. Not only that, the post also called BTC  “an experimental currency” which is not backed by an official whitepaper and is only two years old.

Bitcoin Cash is the oldest cryptocurrency. Its white paper was published in 2008 and the genesis block mined in January 2009.

Bitcoin Core (BTC) is an experimental currency that does not have a white paper and has only operated under its current model for two years. pic.twitter.com/YBeepJlwC5

Hours after the controversial tweet made its way to the internet, a heated debate ensued amongst backers of both BCH and BTC.

Enough already. Bitcoin core is BTC. It is a store of value. It is digital gold. It’s market cap dwarfs bitcoin cash. If you want to be a payments currency by definition you need to have stable value. So why own it. ??

Novogratz’s message was clear and resounding. He likened Bitcoin Core as being a potent digital store of value, even going as far as saying that the asset was comparable to ”gold”. He then added that BTC’s market cap “dwarfed” that of bitcoin cash and said:

“If you want to be a payments currency by definition you need to have stable value. So why own it?”

What is the real Bitcoin?

The former Fortress partner recently made headlines when his nascent crypto-backed merchant bank project, Galaxy Digital, raised $250 million. Novogratz also argued that “Bitcoin is analogous to gold”, an asset which is hardly used in its physical form for facilitating payments but still holds value. He posed the question:

“When is the last time you bought something with gold? No one does. It’s just a store of value.”

Also worth noting is that Novogratz’s comments come at a time when the “BTC or BCH” dispute is being fanned by Bitcoin.com CEO, Roger Ver, who recently altered the Bitcoin.com block explorer to list BCH as “Bitcoin” and BTC as “Bitcoin Core.”

Imagine some really rich person buys "Bitcoin" from this website, then later on finds out they were actually sold rat poison. ?☣️? #bitcoin pic.twitter.com/Hfw0GsTMWE

This move provoked a lot of backlash from within the crypto community and even resulted in an online campaign to initiate a class-action lawsuit against Ver for misleading potential investors.

However, the move failed to gather any legal momentum and remained extremely short-lived. It is still worth noting that Bitcoin.com quietly reversed the change it had made to its block explorer without making a public furor about it.