Bitcoin has been setting higher monthly lows every month since February

As Bitcoin broke below the $10,000 support, many saw this as a sign of an approaching bear market. 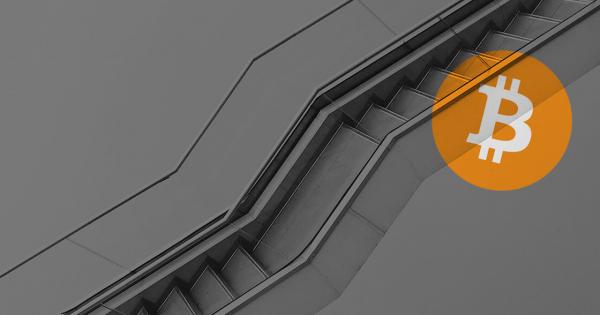 As Bitcoin broke below the $10,000 support, many saw this as a sign of an approaching bear market. However, zooming out showed that Bitcoin has been setting higher monthly lows throughout the year, rising from its lowest February point of $3,391 to its $9,163 July low.

With just a day left until the end of August and no signs of a further drop below its current $9,427 level, many analysts saw this as a clear sign of progress for the world’s largest cryptocurrency.

Dropping below $10,000 doesn’t mean Bitcoin is taking a bearish path

The crypto market has been experiencing unprecedented tension this month, with traders and analysts alike holding thumbs that Bitcoin won’t experience another major crash. After trading in the low $10,000 range for over two weeks, Bitcoin experienced a major sell-off which pushed its price down to its $9,500 support.

Bitcoin has seen a steady increase in price since the beginning of the year and managing to reach $13,000 in July led many to believe the coin was up for a bull run that would be incomparable to the one seen at the end of 2017. But, after it dropped to its monthly low of around $9,400, many saw this as a major red flag and the last chance to jump off the Bitcoin train.

Assuming you still have dry powder left, and assuming it goes this low, will you be ready to pull the trigger? pic.twitter.com/eCANwD4XZt

However, other experienced analysts seem to agree that Bitcoin has seen nothing but progress this whole year and that its latest drop actually proves it.

Even at its worst, Bitcoin shows significant growth each month

With most traders focused on micro factors when analyzing Bitcoin’s price movements, the bigger picture often gets overlooked. A crypto investor and analyst shared an interesting set of data on Twitter that perfectly illustrates this problem.

It sure looks, feels & smells like progress. ZOOM OUT. We are on the right track?️

He pointed out that even at its worst, Bitcoin has been setting higher lows each month. According to his data, even at its lowest point in August, which was $9,427, Bitcoin showed a 178 percent increase from its February low — $3,391.

He explained that Bitcoin has historically touched the 128-day moving average line many times during bull markets and that it has helped it stay grounded even during major price swings.

Kissing the 128d MA is a very good sign. It was overheated till this. People familiar with BTC’s historic personality know that the 128d line needs to be touched many times during a bull market to stay grounded. They present good buying opportunities. pic.twitter.com/1QBo3QjtgD