Analyst: unlike Litecoin, Bitcoin’s halving will have a significant effect on its price Priyeshu Garg · 3 years ago · 2 min read
News › Bitcoin · Litecoin › Analysis 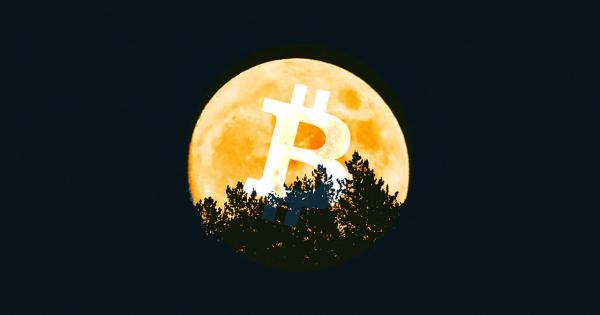 Cryptocurrency analyst @100trillionUSD pointed out that the premise that Bitcoin’s halving won’t have a significant effect on its price because Litecoin didn’t jump after its own is fundamentally wrong. The analyst said that unlike Bitcoin, Litecoin’s price doesn’t have a significant relationship with the stock-to-flow ratio, which makes its halvings less relevant to its price.

Litecoin halvings have very little effect on its price

With the halving of Bitcoin slowly approaching, many cryptocurrency analysts and experts have voiced their opinions on how the quadrennial event will affect the price of the world’s largest cryptocurrency. While most Bitcoin maximalists believe the reduced supply left after the halving will only increase demand due to the coin’s scarcity, there was a strong current of skeptics that claimed the halving would be detrimental to its growth.

The example of Litecoin was used to illustrate this. As the coin experienced its second halving on Aug. 5 and its price remained unchanged, many said that Bitcoin’s own halving would also have very little effect on its price.

However, prominent Twitter cryptocurrency analyst PlanB claims this logic is flawed and offered an interesting comparison between Bitcoin and Litecoin to show that BTC’s halving would have a significantly different outcome.

Some people think that because litecoin didn't jump on ltc halving, btc halving will also be irrelevant for #bitcoin. That logic is flawed. LTC price doesn't have a significant relationship with stock to flow, so halvings are indeed irrelevant. BTC price-s2f relation is strong ? https://t.co/5Wx7vHLvUd

The analyst pointed out that unlike Bitcoin, Litecoin’s price doesn’t have a significant relationship with its stock-to-flow ratio. Stock-to-flow is the total amount of a commodity that is held in inventories, divided by the amount produced annually.

When speaking of cryptocurrencies, stock-to-flow is calculated when the total number of coins in circulation is divided by the number of coins created in one month, and then divided by 12. The value is used to calculate how many years are needed to produce all the coins currently in circulation, with the higher number indicating a higher scarcity.

Bitcoin only needed 4 years of data to pick up and model the stock to flow signal. That 2012 model is still working fine (out of sample) until this very moment, and probably for some years to come. pic.twitter.com/xY6y9CYKcI

Litecoin, on the other hand, doesn’t seem to have any relationship with the stock-to-flow ratio, the analyst pointed out.

Per request and despite the fact that I think that alts theoretically don't have 'unforgeable costliness' .. I decided to make a #Litecoin #LTC stock-to-flow model (data from Sep 2013). R2 is low .. 25%. Current S2F value is $27 (after 2019 halving $65). Can somebody pls verify?! pic.twitter.com/3RmjaELKv0

While he said he wasn’t sure why this was the case with Litecoin, several theories popped up during the Twitter discussion. PlanB said that the lack of network effects such as on/off ramps, futures, options, and liquidity could be what caused Litecoin’s value to remain stable even after the halving.

Others said reduced block rewards combined with lower prices pre-halving caused Litecoin miners to leave en masse. The lack of profitability means less network use, and the only supporters that remain are hodlers that don’t cause massive price fluctuations.

Miners are leaving LTC as block rewards halved while price remains even lower then it was pre halving. LTC miners collected a paltry $671 in mining fees over the past 24 hours. It simple isn't profitable to do business w/ LTC anymore. Remaining supporters are bag holders. pic.twitter.com/nS0o0x9Azl

Whatever the case is, many members of the crypto community seem to have lost their faith in Litecoin. While the halving might not have affected its price, Litecoin will have a tough time protecting itself from the lack of support in the industry.