Bitcoin has had a crazy day, with the bloody battle between bulls and bears resulting in a chair-shaped pattern, with BTC surging from its key support level within the lower-$7,000 to highs of $7,800 before fully retracing back to its support levels. 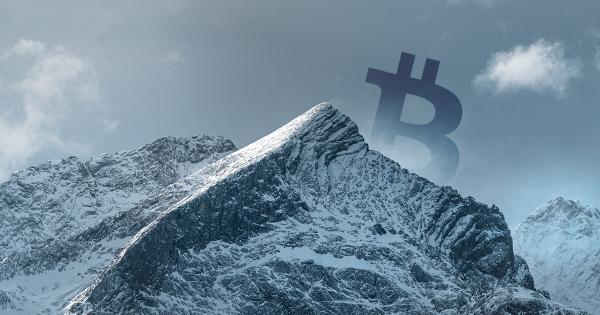 Bitcoin has had a crazy day, with the bloody battle between bulls and bears resulting in a chair-shaped pattern, with BTC surging from its key support level within the lower-$7,000 to highs of $7,800 before fully retracing back to its support levels.

This volatility has confirmed that Bitcoin is still firmly caught in a downtrend, as analysts are noting that fleeting rallies like the one seen today are ideal short entries that are typically followed by further downside.

Fleeting rally leads Bitcoin right back to where it started

At the time of writing, Bitcoin is trading down marginally at its current price of $7,250, which marks a notable drop from its daily highs of $7,800 that was set at the peak of this morning’s rally.

The inability for bulls to sustain this momentum is an incredibly bearish sign for Bitcoin, as it points to the possibility that the cryptocurrency’s buyers are weak at the moment, which may spell trouble for the support it has formed in the lower-$7,000 region.

Cantering Clark, a prominent cryptocurrency analyst on Twitter, explained in a tweet that rallies like the one seen this morning are best categorized as standard deviations that do not represent any type of trend shift. He explained while referencing a previous short position he had been in:

“In bearish trends – Moves that are standard deviations above the norm and into resistance are for selling. You don’t hold them, and you certainly don’t buy them. Shame I didn’t hang on for my original entry, which didn’t end up being sub-optimal after all.”

As for where Bitcoin is going next after this recent bout of volatility, analysts are noting that it is imperative that it stays above its Monday lows, which appear to be holding as support in the near-term.

TraderX0, another popular cryptocurrency analyst on Twitter, noted in a recent tweet that he is looking to add to his current short position if Bitcoin breaks below roughly $7,150. He said while referencing the chart seen below:

The next few hours may offer significant insight into just how far the current downtrend will extend, as a break below Bitcoin’s current support level could mean significantly further losses are imminent.

In terms of how long it maintained its $100 billion valuation, Bitcoin has outperformed every tech company that existed, claims Balaji Srinivasan.

One of the most prominent technical analysts in the crypto community believes that Bitcoin is bound for a downward push.