Bitcoin Cash has successfully gone through a scheduled fork at 12:00 GMT on November 15, mostly adding minor upgrades to the code. 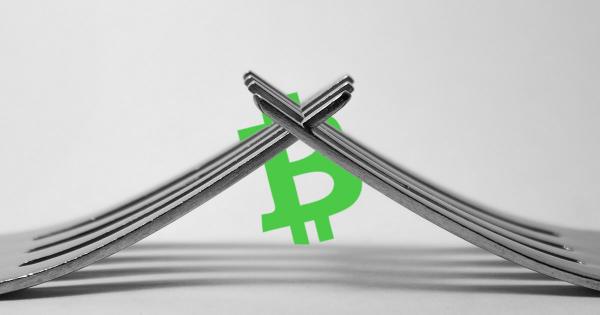 Bitcoin Cash has successfully gone through a scheduled fork at 12:00 GMT on Nov. 15, mostly adding minor upgrades to the code. However, unlike last year’s fork which gave birth to BSV, the event has come and gone largely unnoticed by the crypto community.

Bitcoin’s often contested offshoots never seemed to have shied away from controversy. One of the more divisive coins on the market, Bitcoin Cash, has had quite a scandalous fork last year, giving birth to two new assets that competed for the market share.

This year’s fork, however, has come and gone without much notice from the crypto community. While it’s hard to say whether it’s due to the minor upgrades that were introduced or a general decrease in interest in Bitcoin Cash, the market had quite a bland reaction to the code changes.

These changes have been the main topic of discussion among BCH developers for the last few months and will focus on enforcing existing rules and securing transactions. According to the BCH repository on GitHub, all of the updates in the fork will be compatible with all miners.

Apart from a brief withdrawal and deposit suspension on several exchanges, the fork had no major effect on the market.

While BCH’s price remained relatively stable in the days preceding the fork, it dropped just over 4 percent after the fork was finalized.

BitMEX Research, the research and analytics arm of crypto derivatives exchange BitMEX, following the fork. The company announced that the last common block, where both the old and new clients of BCH have the same set of rules, has been produced at around 13:15 UTC.

Later in the day, after the network stabilized, BitMEX research found that the fork was a well-implemented, clean, and symmetric split. Both sides of the chain seemed to regard each other as invalid, which is a rare occurrence in the bloody world of hard forks.

According to ForkMonitor, the newly forked chain, the final common block was mined at height 609,136 by BTC.com and was first seen and accepted as valid by Bitcoin ABC 0.20.6.

There are six more months to go before BCH’s next fork, which will happen around the same time as Bitcoin’s halving, according to current estimates. The timing of the next fork will ensure a more significant market reaction, even if the upgrades themselves remain minor.

The average Bitcoin Cash (BCH) transaction size has increased from $7,420 to $24,050 in the aftermath of the controversy surrounding Bitmain. 2 min read