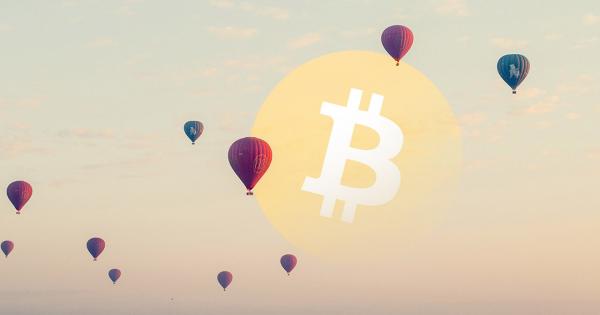 Blockchain, Inc. is a London-based software development company that offers tools for developers and real-time transaction data for users to analyze the burgeoning digital economy. Blockchain, Inc. also offers one of the most popular cryptocurrency wallets supporting Bitcoin, Bitcoin Cash, and Ethereum.

Blockchain, Inc. wallet growth is a good indicator for bitcoin adoption, demonstrating that the cryptocurrency is being increasingly used for a multitude of reasons since inception, ranging from money transfer to purchase of assets to crypto-trading.

Sources suggest public curiosity and the absence of banking in some regions may be a fuelling factor that’s driving cryptocurrency awareness and wallet growth. Take for example the African continent, which has seen a marked rise in bitcoin adoption since the latter’s introduction.

In 2018, cryptocurrency exchange Paxful sent a team to the African continent to discover what drove higher-than-normal growth in the region, with a 225 percent increase in users compared to other markets.

The team found that natives used bitcoin to fund businesses, exchanged it for goods and services, and to remit funds out of their country. Overall, the continent is infamous for its underdeveloped banking system and lack of basic financial services in some regions. Fortunately, mobile payment applications and bitcoin have met the demand significantly.

While the above research was conducted for Paxful’s own users, similar reasons could explain the growth of Blockchain Inc.’s wallet services.

Another significant growth factor is the effect of hyperinflation in places like Zimbabwe and Venezuela, where cryptocurrencies act as an unlikely “hedge” against fiat. The former’s infamous volatility is diminished when hyperinflation causes local currency circulation to increase by thousands of percents overnight.

Blockchain Wallets Have More Upside Ahead

Interestingly, despite the massive surge in wallets, the 34 million strong network still has huge potential for growth. Popularly used payment processors like Mastercard and VISA boast 644 million and 723 million credit card users worldwide, while PayPal has over 235 million active users. Reaching half of those numbers would mean the increased acceptance of bitcoin as payment in exchange for goods and services globally.

Something to note, however, is the 34 million Blockchain Inc. wallets may not equate to 34 million users. Several individuals could own more than one wallet (the author has seven bitcoin wallets), while a smaller segment could create a new wallet with every transaction. Undoubtedly, thousands of wallets may no longer be in use, while an unfortunate few could have been “lost” or stolen in the preceding years.

Regardless of the points mentioned above, Bitcoin’s popularity is increasing across the globe and only time will serve as a litmus test to its legacy.