The number of Bitcoin ATMs have grown by 720 percent since 2016, adding a total of 3600 machines worldwide. 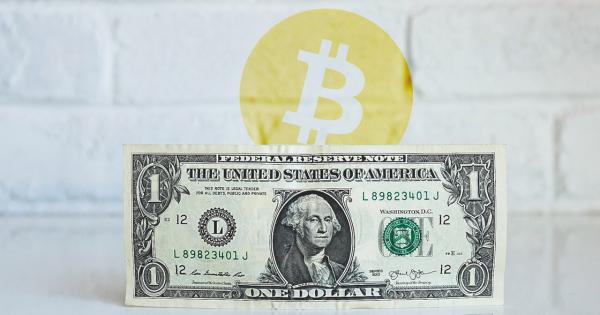 The number of Bitcoin ATMs have grown by 720 percent since 2016, adding a total of 3600 machines worldwide. This year after year growth indicates growing interest from consumers.

Bitcoin ATMs are kiosks which allow someone to purchase Bitcoin and other cryptocurrencies using cash, debit, or credit card. Most ATMs only sell crypto to customers, but there are some that will also purchase cryptocurrency.

According to statistics from Coin ATM Radar, the number of Bitcoin ATMs have grown substantially since 2016, roughly doubling every year. From 2016 to present, there are 3,800 new Bitcoin ATMs, 2100 of which were established within the last 12 months.

These ATMs charge an average transaction fee of 8.9 percent, according to data from Coin ATM Radar. For reference, many ATMs in the United States charge a flat fee of $2 to $4 for a withdrawal.

Online exchanges typically have lower transaction fees because the need for handling cash and physical infrastructure is much lower. With spread included, Coinbase charges a 2.0 percent transaction fee for bank purchases and 4.5 percent fee for credit card transactions.

Talking with a Leader in the Industry

CryptoSlate reached out to Coinme for comment, a leading US crypto ATM company. Since the company’s partnership with Coinstar, Coinme claims to “power the largest bitcoin kiosk network in the United States,” stating to have added over 1850 ATMs since 2015.

Dom Garret, the director of engagement at Coinme had the following to say about the benefit of ATMs over online alternatives:

Although fees do tend to be higher with Bitcoin ATMs, the added convenience and accessibility is likely to increase consumer use of bitcoin, especially for those without easy-access to reliable online exchanges. In a follow-up question about the behavior of consumers who use these ATMs:

“While we have seen year over year growth in both users and amount transacted, the type of customer does vary. From those looking to purchase up to the daily limit ($2,500 per day) to those that are testing the digital currency waters bit by bit, to others who send money home through the kiosk.”

Finally, when asked about the regulatory obstacles to establishing ATMs in the United States, Garret stated:

“As the first licensed bitcoin ATM company in the US, we did not have an established playbook to refer to for regulatory approvals. As with many things in this industry, you need to start with education around technology and a sincere mission to protect consumers.”

He went on to talk about how this process typically involves legislative and regulatory participation, particularly at the state level:

“That is what we did with leaders in Olympia in order to obtain the WA State virtual currency money transmission license. As more attention has been paid to digital currencies, we believe the approval process will continue to become standardized to help keep bad actors out of the space and protect consumers. As of right now, each state has its own approach to regulating Bitcoin ATMs.”