The advice from Wences Casares to those wanting to be a millionaire is to take 1% of what you own, buy Bitcoin, then wait 5-10 years. 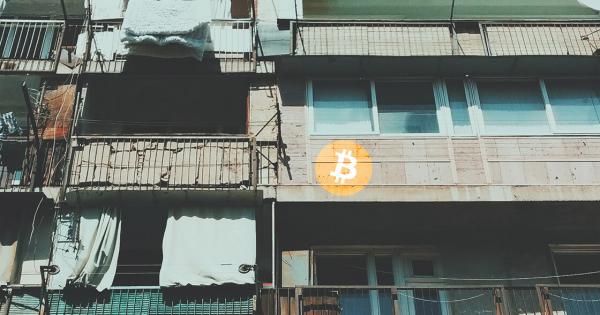 Photo by Gor Davtyan on Unsplash

The advice from Wences Casares to those wanting to be a millionaire is to take 1% of what you own, buy Bitcoin, then wait 5-10 years. That way, according to the CEO of Bitcoin storage company Xapo, “You either lose 1% of your net worth…or you make millions.” Could this same strategy also be applied to developing countries suffering through massive inflation?

Wences Casares is known throughout Silicon Valley as Patient Zero for bitcoin. One of its earliest advocates, Wences is responsible for introducing bitcoin to tech giants such as Bill Gates, Marc Andreessen, and Reid Hoffman.

The serial entrepreneur’s first experience with bitcoin occurred in 2011 at the suggestion of his friend, he used bitcoin to send $2000 from the US to Argentina. Normally a very difficult process with fees, the ease of transferring money into Argentina through bitcoin prompted Wences to further investigate the digital currency. 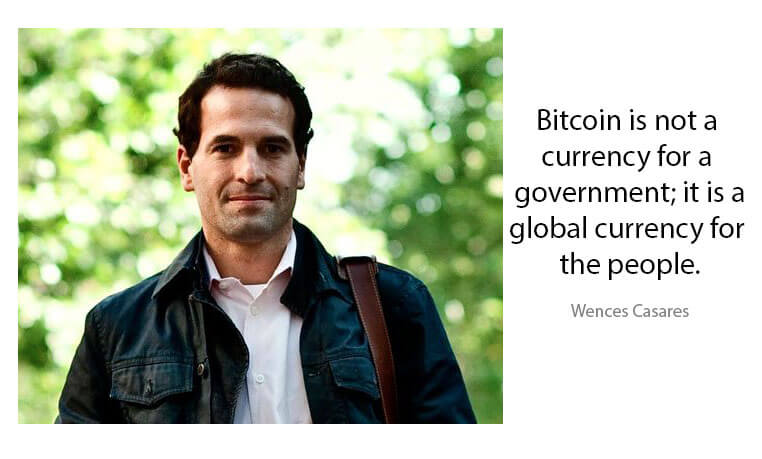 Upon further research, the PayPal board member became hooked. In addition to its ability to easily and quickly move value across borders without the tedious or expensive role of banks, Wences saw great value in bitcoin’s resistance to tyrannical or irresponsible governments.

As a child growing up in Argentina, Wences experienced first hand the detriments of an unsound currency. From 1975 to 1991, and under a military dictatorship for many of those years, the Argentinean peso averaged an inflation rate of over 300% per year. To Wences and his family, that equated to a price increase of 20 billion times.

With a fixed total of 21 million bitcoin ever to be created and no central authority, bitcoin can never suffer the same extensive inflation and devaluation.

In Venezuela, where the Bolivar lost 99.9% of its value since 2016, citizens started seeing the benefits of bitcoin and began turning to it.

With cheap government subsidized electricity, Venezuelans have become some of the world’s most avid bitcoin miners. In fact, according to data from the Crescent Electric Supply Company, those government electricity subsidies make Venezuela the cheapest place to mine bitcoin in the world at $531 per bitcoin.

This opportunity is a godsend for Venezuelans who can use bitcoin to earn hundreds of dollars a week, store savings or buy scarce necessities.

Even notorious bitcoin skeptic and JP Morgan CEO Jamie Dimon, who described bitcoin as “worse than tulip bulbs,” admitted that “the only good argument that I’ve ever heard…is that if you were in Venezuela, Ecuador or North Korea.”

Zimbabwe is another country that has suffered colossal inflation in recent years and citizens have begun to migrate towards bitcoin. The Zimbabwe Dollar (ZWD) inflation was so severe, at its peak, $1 USD was equivalent to 2,621,984,228 ZWD.

Combined with the reluctance to accept ZWD outside of Zimbabwe’s borders, bitcoin has become one of the only avenues to pay for international transactions, allowing people “to purchase goods on Amazon or pay for vehicles from international suppliers and traders.”

The need for sound money in conjunction with bitcoin’s highly practical use case in Zimbabwe has created a premium for the world’s most famous cryptocurrency. In 2017, demand for bitcoin was so strong that it traded for over $3000 more dollars per bitcoin on Zimbabwe’s Golix exchange than it did in the rest of the world.

With its native currency essentially worthless, Zimbabwe currently accepts nine foreign currencies as legal tender. Perhaps, the best choice for Zimbabwe moving forward would be to make the historic leap of making bitcoin its national currency.

As long as money is controlled by governments and susceptible to mismanagement, no country is impervious to the threat of rampant inflation. In Iran, political problems have recently caused the rial currency to nose-dive, forcing its citizens to scramble for more stable money like the US dollar.

From circumstances, like Venezuela, Zimbabwe and now Iran, it is evident that at times of massive inflation, those affected seek hard money. And while citizens witnessed the value of buying and using bitcoin amidst a crumbling currency, the question is, will a country take a leap of faith and do the same?

By following Wences advice and allocating 1% of their government holdings into bitcoin, countries can bet on a hard-capped digital currency free from any other country’s control.

This move can potentially set off a cascade of other countries following suit, leading to a rapid rise in bitcoin value and the beginning of “hyperbitcoinization”. In addition, if it is the developing world who are first to adopt this policy, it is possible to see a closing of the wealth gap between the traditional haves and have-not countries.

Although we do not know if or when any country will make the leap of faith, it is almost inevitable that we will witness more countries and its citizens suffer through hyperinflation.