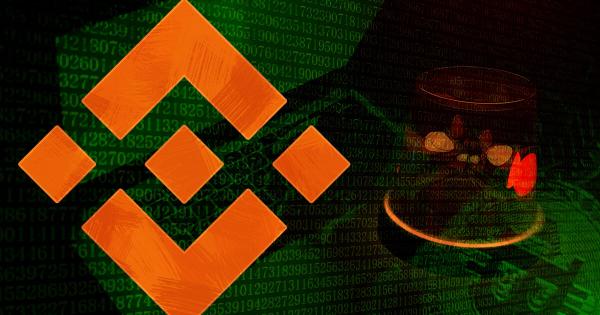 This program is the industry’s first global coordinated effort. According to the announcement, the Binance investigations team has grown exponentially over the year and is ready to share its expertise.

Individuals from the Binance investigations team with global hands-on practice in the topic will lead the program. These individuals include security experts, former law enforcement agents, analysts, and operatives who helped take down global cyber-criminal organizations such as Hydra.

The announcement also mentioned a standard one-day training program that includes in-person workshops explaining the fundamentals of crypto and blockchain with particular emphasis on the regulatory environment they operate in.

The announcement states that Binance’s investigations team has hosted and participated in over 30 workshops on fighting cyber and financial crime over the past year. The team also contacted law enforcement officials from numerous countries, including the U.K., France, Germany, Canada, South Korea, and the Philippines.

“As more regulators, public law enforcement agencies, and private sector stakeholders look closely at crypto, we are seeing an increased demand for training to help educate on and combat crypto crimes. To meet that demand, we have bolstered our team to conduct more training and work hand-in-hand with regulators across the globe.”

The team previously aided Uniswap and Curve DNS when they were exploited by cybercriminals in July and August, respectively.

The exchange giant has been taking steps to dive deeper into the regulatory side of the crypto sphere.

To promote responsible regulation of the crypto industry, Binance launched a Global Advisory Board (GAB) on Sept. 22. The GAB included various experts in the field, including a former U.S. senator and global business leaders.

“With the [board], we’re supercharging our ability to manage regulatory complexity by tapping into the highest level of expertise available in the world.”

One day later, the exchange announced that it hired its rival exchange Kraken‘s compliance chief. Steven Christie left his position at Kraken to serve Binance as senior vice president of compliance. In addition to sharing the news, Zhao added that the exchange was looking to hire more people to work on its compliance team.