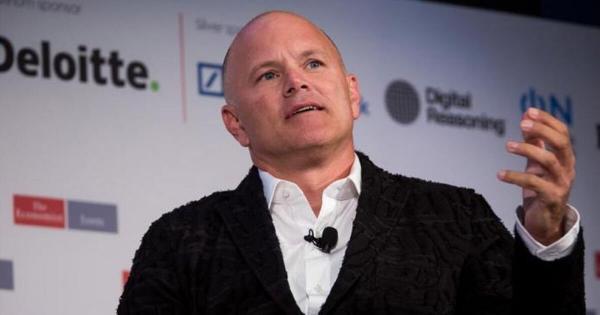 In a recent interview with CNBC’s “Squawk Box,” CEO at Galaxy Digital Michael Novogratz stated that Facebook could have taken a different approach when it announced the creation of Libra. This would have allowed the project to be kept alive as it was meant to be. Novogratz said:

“If Facebook would have come out originally saying ‘we are building a global payment system,’ I think there would have been a lot less angst. But, they came out and said ‘we are going to build this new currency’ and everyone turned their heads on fire.”

His remarks come a day after Mark Zuckerberg, the founder and CEO of Facebook, testified before the U.S. House Financial Services Committee about his plans to launch Libra, a global currency and financial infrastructure that aims to bank the unbanked.

According to Zuckerberg, the different concerns raised by lawmakers were taken into consideration and will be evaluated further. But, he urged the committee members not to embrace “reactionary laws” that could stifle “innovation” and would give a hedge to China.

Michael Novogratz believes that Zuckerberg made “some really good points” about what China is doing. He added that the Chinese government has decided to welcome blockchain technology instead of opposing it. By creating a digital renminbi, China is at the forefront of financial innovation, said the former Goldman Sachs partner.

Despite the coincidence between the time of Senate hearing and the price drop that Bitcoin experienced, Novogratz stated that the two were not necessarily correlated:

“Like in any commodities and any assets there are lots of inputs that drive settlement and price. There has been a bunch of negative things that have happened recently. One is the Telegram ICO being kind of stopped on its tracks by the SEC… That was a kick to the stomach of the overall crypto ecosystem.”

The ex-hedge fund manager concluded that investors should not worry about the impact that a digital renminbi or Libra could have on the pioneer cryptocurrency. He said that they are more like “additives to Bitcoin” than a real threat.

This post was last updated on November 7th, 2019 at 02:38 amMark Zuckerberg, the founder and CEO of Facebook, has testified before the United States House Financial Services Committee, where Congress members have raised their concerns about the company’s past and future dealings.

This post was last updated on April 9th, 2020 at 06:42 pmThe head of Libra, Facebook’s controversial cryptocurrency initiative, has stated the project will continue to develop its planned “new global currency” despite having lost a quarter of its backers, including Stripe, Visa, PayPal, and Mastercard.