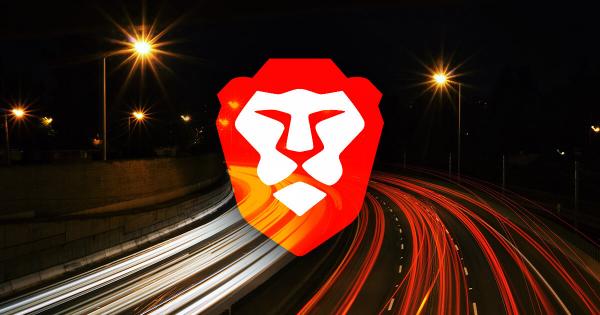 Brave is an open-source web browser with a built-in ad-blocker, tracking, and security protection. It anonymously monitors user attention, then rewards publishers accordingly with Basic Attention Tokens via the integrated Brave Rewards program. Approximately 70 percent of ad revenue is distributed among its users.

In a blog post, Brave Software revealed that the official version of its web browser is live. Brave browser is now available for download for Windows, macOS, Linux, Android, and iOS, which widening its accessibility to millions of users.

Brendan Eich, co-founder and CEO of Brave Software, believes that Brave 1.0 is the solution to the “surveillance capitalism [that] has plagued the Web.”

“Brave is the answer. Brave 1.0 is the browser reimagined, transforming the Web to put users first with a private, browser-based ads and payment platform. With Brave, the Web can be a rewarding experience for all, without users paying with their privacy,” added Eich.

The move to finally launch the stable version of Brave comes after the success that its beta version had over the last three years. In mid-October, the firm announced that its daily active users surpassed 2.8 million. And, its monthly active users hit an all-time high of 8 million. The ads on the open-source browser also saw an exponential increase hitting a click-through-rate of 14 percent. This represents 7x more than the industry average.

Today, Brave has nearly 9 million monthly active users across the globe. This achievement is correlated with the substantial growth of Brave’s verified publishers. Since the beginning of the year, the number of verified websites, which include The Washington Post, The Guardian, and Wikipedia, surged 3.5x. Meanwhile, the number of verified publishers coming from YouTube alone skyrocketed 11x.

Brave’s rise in popularity can also be perceived in its native cryptocurrency, Basic Attention Token. Since late September, BAT’s has gone up from a low of $0.15 to a high of $0.27, representing an 84.5 percent increase. Now, this crypto could be hinting a further advance.

From a long-term perspective, Basic Attention Token broke out of a multi-month consolidating phase. During this time, its price was contained within a descending parallel channel, which appears to be part of a significant bull flag. This is considered a continuation pattern, which is developing on BAT’s 1-week chart since February.

The 4x upswing that took this crypto to hit a high of $0.50 in mid-April formed the flagpole. And, the 70 percent correction to a low of $0.15 in late September created the flag. The bull flag estimates an 80 percent target to the upside given by the height of the flagpole.

If the buying pressure behind Basic Attention Token continues to increase, it could lead to a move up to the 38.2 percent Fibonacci retracement level, which sits at $0.35. This cryptocurrency would have to first close above the 61.8 Fib, then break above the 50 Fib with enough volume to hit the 38.2 Fib.

Nevertheless, a close below the 65 Fib could invalidate the bullish outlook. If this happens, Basic Attention Token could then retrace to $0.22 or even $0.19.

Based on the success that Brave browser had this year, it seems like the launch of its stable version could set the stage for a great 2020. The recent partnership with Everipedia opens a whole new range of opportunities. With the millions of monthly unique users that Everipedia has, Brave will likely continue to increase its popularity, which is already skyrocketing. It remains to be seen if Basic Attention Token would catch up with the growth of Brave browser.

Try Brave Browser Get $5 in free BAT to donate to the websites of your choice.
Posted In: Basic Attention Token, Altcoins, Privacy, Technical Analysis

Privacy-focused Brave browser seems to be making huge strides in Spain, where it is currently ranking 10th in the communications category on Google Play Store.