ArcBlock CEO: Why Blockchain’s ‘Just Not There Yet’ Jonnie Emsley · 4 years ago · 3 min read
News › Interview

In his mission to build the “Amazon Web Services of the blockchain age,” ArcBlock CEO Robert Mao outlines a problem that finds blockchain in a technological purgatory. 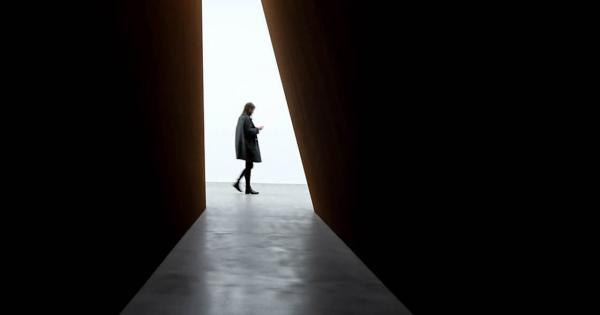 In his mission to build the “Amazon Web Services of the blockchain age,” ArcBlock CEO Robert Mao outlines a problem that finds blockchain in a technological purgatory.

The Trouble with Blockchain

The veteran software engineer and former Microsoft researcher connects the dots between the tumultuous rise of blockchain and the unfurling of the internet; it has been a decades-long plight turning rudimentary application into a technological paradigm.

Just as the internet moved from methodology (e.g. email), to technology (TCP/IP), to an all-encompassing platform (the world wide web), Mao explained, blockchain has been destined to carve out the same path.

Bitcoin, emerging as a trustless, peer-to-peer cash system piqued the world’s interest in blockchain and gave it recognition as a groundbreaking technology. If Mao’s blueprints are indeed correct, the meaningful and mass adoption of blockchain cannot arise until the third and final stage of development. Or, as he put it:

“When the platform is ready, that’s the prime-time for the whole thing.”

Mao suggests that current technology is in an interim phase where developers must face a sobering truth:

Expounding on this, he noted many hurdles awaited any blockchain developer wishing to build an application—right from the initial challenge of choosing which blockchain to build on, to then mastering the chosen blockchain’s scripting language, protocol, and data structure, as well as other core operational nuances.

“Each of those blockchain technologies, they have different protocols, different data structures, different libraries and even different languages. So basically if you want to switch from Ethereum to Tendermint, basically everything has to be changed. This is definitely not a smart move for any team.”

One Platform to Bind Them

Originally starting out to build a group knowledge network for software development, ArcBlock chanced upon blockchain when searching for a means of incentivizing the sharing of knowledge.

And where cryptocurrency may have jumped out as an obvious incentive model, the team were paralyzed once again when attempting to select a suitable blockchain. Going out and talking to the wider development community, however, Mao and his Seattle-based firm soon realized they were far from alone in tackling such a project.

ArcBlock, having in 2017 changed direction in hopes of solving this problem, sought to lower the barrier to entry for dApp developers, emerging as one of the platforms Mao believes to be a fundamental prerequisite to true growth in the nascent blockchain sector.

Through the platform’s functional ‘Open Chain Access Protocol’ and ‘Blocklet’ microservice framework, developers do not have to commit to any one blockchain; instead, they need to work within an open-source, technology-agnostic environment where dApps can be built and deployed on any blockchain and/or cloud for serverless computing.

The platform’s more “ambitious” aims, Mao admitted, include a decentralized messaging service for a dApp’s real-time communication across devices, and a token economy service permitting projects to build native crypto-assets that function on different blockchains.

Blockchain: Just Not Ready Yet, But Ripe for a Boom

As developers “in their DNA,” they are focused purely on the technology, Mao said, the ArcBlock team are not disheartened by the cryptocurrency market’s well-noted, and widely scorned, correction.

The immediate concern, however, is the sheer decline in the interest of developers, which has simultaneously plummeted with the price of cryptocurrency.

“When the [blockchain] technology’s not the prime-time yet, no matter how excited you get, you eventually get burned out. So the whole market going down is actually just a burn-out in the last bubble moments.”

Blockchain, in Mao’s view, is not so much a struggling technology, but a crop waiting for harvest—one that will bear fruit, just as the internet did—once its underlying technology is packaged into easily digestible platforms.