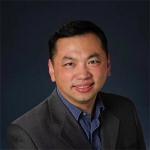 Robert Mao Verified - Robert Mao has verified that all information present on this page is factually accurate.

Robert Mao (Chinese 冒志鸿), Founder and CEO of ArcBlock, Inc., is a serial entrepreneur and innovator. Robert’s projects and activities have been covered widely by global news media, including TechCrunch, CNN, USA Today, and other outlets.

Prior to beginning his own startup, he worked for Microsoft Research’s Future Social Experiences (FUSE) labs, a research center focusing on social computing and machine learning.

Before joining Microsoft, Mao founded Lodesoft Corp and UUZone Interactive Inc. in China.  He also co-founded the non-profit Seattle Entrepreneurship Club, which is now one of the largest entrepreneurship organizations in the Pacific Northwest.