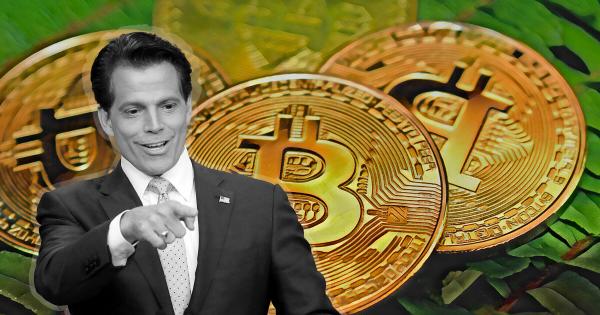 Why Bitcoin for the future

SkyBridge Capital co-founder Anthony Scaramucci spoke about the bullish case for Bitcoin in the coming years in an opinion piece published Sunday. He was joined by firm president and COO Brett Messing, who shared the views.

Scaramucci made the headlines earlier this month after his firm unveiled its Bitcoin Fund LP, one that holds over $310 million worth of the asset, $25 million of which is SkyBridge’s own.

On Sunday, he furthered his conviction on the asset. “Investors are scooping up Bitcoin, which, because of its very nature, is impervious to inflation. By the law of supply and demand, that makes Bitcoin a limited—and in-demand—asset,” wrote Scaramucci, paying homage to the asset’s deflationary nature.

He added that Bitcoin’s rapid growth caused governments and regulatory institutions to sit up and take notice about where the digital asset was ultimately heading to, both from a regulatory side and a protectionary side, such as the many risks associated with the digital currency.

We have posted the #Bitcoin whitepaper on our @SkyBridge website https://t.co/vzQuW3VaOD in solidarity with our cyber hornet brothers.

In terms of such problems, Scaramucci noted the US Office of Comptroller of Currency had now authorized banks and custodians to provide cryptocurrency services—a move unthought of as recently as 2017—which eliminated several trust issues pertaining to the crypto market.

He added in the regard:

“Until recently, as an investment, Bitcoin has had unique and pronounced risks, but that’s changing, with new rules and regulations that have spurred wider institutional adoption.”

Scaramucci further stated that Bitcoin, despite being in its “early adoption phase,” had relatively matured and now offered “significant long-term value.”

How gold loses this battle

Scaramucci said that in the current market conditions, one that was majorly propped by the US Federal Reserve, investors were “scooping up Bitcoin” as a hedge against rampant, potential inflation.

He further stated that financial institutions like trillion-dollar asset manager Fidelity’s recent advancements into the Bitcoin space made investing (for retail and institutional investors) “as safe as owning bonds and commodities like gold.”

As for Bitcoin’s volatility, Scaramucci attributed that aspect to the newness of the asset class and lack of regulation, adding that the asset’s intangibility made it even more valuable.

“You can always mine for more gold,” he ended.