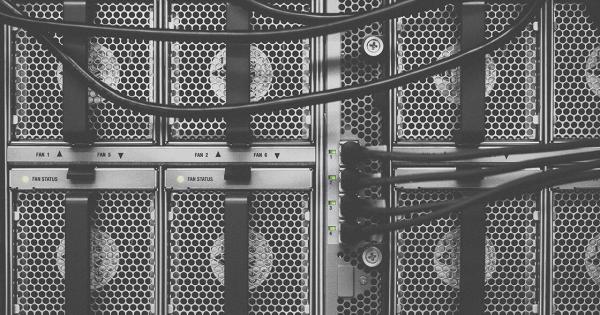 Photo by Thomas Kvistholt on Unsplash

Buterin’s “hard questions for any blockchain people” deal with some of the biggest obstacles that stand between the current state of blockchain technology and widespread adoption, highlighting hashpower centralization, the lack of “useful” large-scale apps, the high frequency of hacks, dApp scalability and latency, issues with consensus methods, and the inefficiency of on-chain governance.

In this multi-part series, we will attempt to answer each of Buterin’s 7 questions.

Question 1: The Problem With Hashing Power

“Bitmain and affiliated pools now have ~53% of all Bitcoin hashpower. Isn’t this a really big problem?”

Buterin’s first question refers to the large portion of Bitcoin hashing power that is operated by Bitmain, the largest producer of ASIC miners globally. The total hashpower committed by Bitmain, spread over AntPool and BTC.com — both of which are owned by the Chinese crypto mining giant — as well as Bitmain affiliates have exceeded 50% frequently over the last several months.

Cobra, the anonymous co-owner of Bitcoin.org and BitcoinTalk took aim at Bitmain in March 2018, arguing that it;’s impossible for cryptocurrency users to place faith in the value of an asset that can be shut down by a centralized third party at any point in time.

Bitcoin simply can't be censorship resistant long term if the hashing power is controlled almost entirely by one entity. You can't build 'digital gold' on something that can be shut down by one man, and needs rapid massive coordinated response amongst *everyone* to counter. pic.twitter.com/nQaBV5VHY4

Cobra’s March 2018 statement wasn’t the first time the BitcoinTalk owner crossed swords with Bitmain. A Twitter exchange in January saw @CobraBitcoin debate Bitmain co-founder Jihan Wu, labeling the mining entrepreneur an “an enemy of Bitcoin and freedom” and suggesting that the PoW algorithm should be changed to prevent mining pool monopolization:

As of writing, at least 53% (likely much more) of the hashrate is controlled by https://t.co/igzm8neVPt, AntPool and ViaBTC — all BITMAIN owned. This is a dangerous level of centralization.

The possibility that a single entity could take control over more than 51% of Bitcoin hashrate is highly concerning to crypto-libertarians, potentially destabilizing the Bitcoin network and allowing Bitmain to execute a 51% attack against the network.

Bitcoin hashpower distribution has since adjusted, with Bitmain now controlling roughly 46% of all Bitcoin hashing resources. Wu, however, staunchly opposes any accusations of centralization leveled at the mining giant, highlighting the fact that Bitmain doesn’t own or control any of the hashing power it provides.

Almost all the hash rate can move away from antpool and https://t.co/sbUdwzcFWJ any time. We don't own and control those hashing power.

Ultimately, although Bitmain may operate a large, popular pool, it doesn’t mean that Bitmain owns the hashrate. Arguably, the possibility of a Bitmain-executed 51% attack is extremely small given the $4 billion profit haul reported by the company in 2017, generated directly by crypto mining.

You can find all the answers for our “Answering Vitalik Buterin’s 7 Hard Questions For the Blockchain World” series here: