Bitcoin has been caught in the throes of a volatile trading session over the past several weeks, which has resulted in it erasing virtually all of the gains that were incurred during the late-October pump and has opened the gates to potentially further near-term losses. 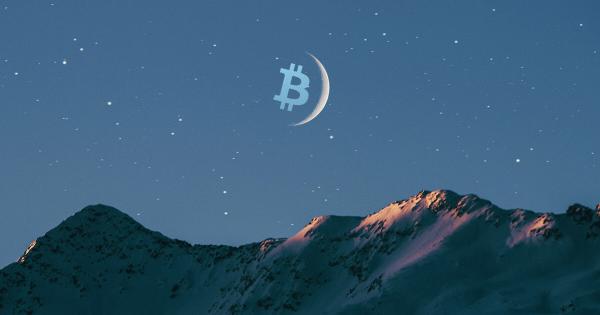 Bitcoin has been caught in the throes of a volatile trading session over the past several weeks, which has resulted in it erasing virtually all of the gains that were incurred during the late-October pump and has opened the gates to potentially further near-term losses.

In spite of this short-term bearishness, analysts and investors alike widely anticipate Bitcoin’s upcoming mining rewards halving — which is slated to occur in May of 2020 — to catalyze a massive bullish movement similar to ones seen in years past.

At the time of writing, Bitcoin is trading up over 2 percent at its current price of $7,400, which marks a decent climb from its recent lows of $6,700 that was set during the latest sell-off.

BTC’s ability to find strong buying pressure in the upper-$6,000 region signals that this is a robust support level that could bolster the cryptocurrency’s near-term price action, but it is imperative to note that it is still caught within a firm downtrend that won’t be invalidated without a massive upwards movement.

Looming over this near-term bearishness, however, is Bitcoin’s upcoming halving event, which may help provide the cryptocurrency with some much-needed upwards momentum that negates the lackluster price action it has been facing in recent times.

Jonny Moe, a popular cryptocurrency analyst on Twitter, spoke about this in a recent tweet, telling his followers that Bitcoin is still “right on track” to incur a price rally following the halving event.

This tweet was in reference to a previous one in which he noted that a fresh all-time-high for BTC likely won’t come about until after the event takes place, which leads him to believe that it will consolidate for the rest of 2019 before beginning its ascent next year.

“If we follow the last 2 halvings, we won’t set a new ATH until AFTER the halving, projected for May 2020. With that in mind, I’m looking for us to consolidate thru the rest of this year, and begin making a run at $20k next year,” Moe explained.

Although Moe believes that the halving will catalyze some bullishness for BTC in the near-term, another prominent analyst is warning investors to not get too excited about it, as Bitcoin’s bearish price action going into this event is anomalous and could spell trouble for where it goes next.

Willy Woo, an analyst who focuses primarily on on-chain analytics, mused this possibility in a tweet, saying:

“NEVER gone into a halvening in BEARISH price action, miners already capitulating adding sell volume. Historically we front run with a BULLISH setup, miner capitulating only after halvening when revenues are slashed. This is a unique setup. Quite bearish leading up to the event.”

Only time will tell as to whether or not 2020 will be the year that Bitcoin sees fresh all-time-highs, but it is highly probable that the halving will play a role in its price action — for better or worse.