A recent comparison from Coinmetrics showed that Bitcoin, Dogecoin, Dash, and Ripple have seen a significant increase in the number of active addresses. 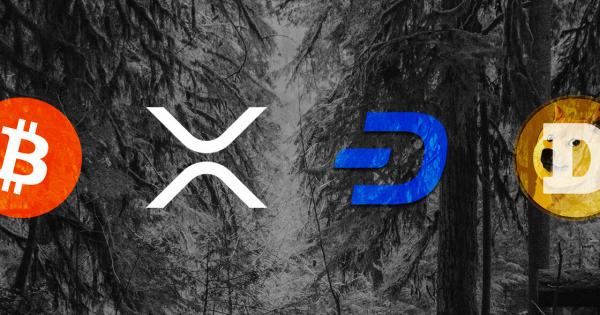 A recent comparison from Coinmetrics showed that Bitcoin, Dogecoin, Dash, and Ripple have seen a significant increase in the number of active addresses. While these coins have performed very well this year, other solid performers such as NEO saw a 70 percent drop.

Getting a clear picture of the crypto market is a daunting task, as there are tens of thousands of variables to consider. Market capitalization has long been thought to be the best way to measure the popularity of a certain cryptocurrency and get a clear idea of where the market is going.

However, looking at other data points can add additional insight in conjunction with market capitalization. For example, according to LongHash, one of the best ways to measure a coin’s popularity is to consider the number of active wallet addresses on its blockchain.

Active addresses, meaning those that have engaged in crypto transactions during the past 24-hours, are a better metric than just the number of addresses, as it shows how much actual usage a coin actually gets.

Dash, one of the most widely used coins in sanction-stricken countries such as Venezuela, had a 30-day average of just over 46,000 addresses, while Neo counted 11,000. Ripple, however, came in last, with just over 6,000 active addresses.

Fast forward to May 14 this year, and Bitcoin is, unsurprisingly, still in the lead. The world’s largest cryptocurrency has seen a 20 percent increase in the number of active addresses on its network. Ethereum, with just 259,000 addresses, has seen a 29 percent decline this year.

This drop was the most surprising of all the coins, as the sheer size of its network and the number of dApps built on it should have resulted in more active users. Litecoin also dropped 40 percent and only had 69,000 addresses this month.

Dogecoin and Ripple saw a 27 and 38 percent increase, respectively, and were among the top five performers when it comes to network usage. Bitcoin Cash stayed approximately the same, reporting a drop of only 9 percent.

NEO, the blockchain network dubbed “Chinese Ethereum,” saw the largest losses, with active addresses on the network dropping 70 percent from 11,000 in May 2018, to just 3,000 May this year.

The cryptocurrency with the most activity on its network was Dash, which saw a massive spike in usage in Venezuela, where sanctions and inflation pushed people into using the fast and reliable Dash. The network saw a 58 percent increase in the number of active addresses and went from 46,000 to over 74,000 in a single year.