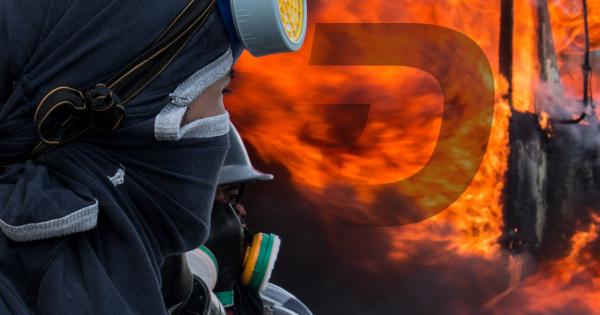 Dash, a portmanteau of Digital Cash, has in many instances for the public in Venezuela become a way in which to negotiate their economic standings in the South American country, which is under tremendous civil unrest, because of its cash-like nature.

It is not only the fact that the native fiat currency, the Bolivar, has hyperinflated to a point where it is virtually useless, but it is also the financial limitations imposed by the government and its central bank which has seen a migration towards the cryptocurrencies such as Dash and Bitcoin.

Taylor admits that there are use cases where people have invested in Bitcoin to try and preserve the value of their money, utilizing the major cryptocurrency as a store of value. But it is Dash’s adoption and quick, cheap transactions that are making it an important financial tool in Venezuela.

Taylor spoke to Cryptoslate about how they noticed a potential gap in the market in Venezuela:

“There was a bit of recognition from locals in Venezuela for Dash,” Taylor said. “That started the initial community that has been built. But it was also a recognition that it could be a great market for us.”

He went on to elaborate on how Dash laid the infrastructure for transactions in cryptocurrency, leveraging an existing crypto service:

“Back in early 2016 we approached a company based out of Panama that was providing services in Venezuela called Cryptobuyer, and we felt like we needed to set ourselves up to have a marketplace there that people could easily get the coin in and out of. We recognized that there would be demand there, and there would be an opportunity for us, so we laid the infrastructure to allow that to happen.”

Things have moved rather rapidly in Venezuela for Dash’s adoption as Taylor explains: “In February of last year, there were about 600 merchants that accepted Dash. Today they are about 2,700, and this growth was in a bear market.”

Part of the growth is owed to Dash actively approaching merchants and educating them about using Dash as a payment option. However, there must also be a demand for an alternative currency and payment system in the country’s broken economy.

Taylor explains that a lot of the merchant adoption came about because of factors that many outside of Venezuela would not give a second thought to.

“They [the merchants] did it because it is not just because of the currency, the currency is a big reason, but what we discovered was there are other problems with the payment system there,” said Taylor.

He went on to elaborate on the deficiencies of the payment system in Venezuela, which has been crippled by decades of authoritarian governance, on top of financial sanctions from the United States:

“The infrastructure goes down; there are limits on the amount people can transfer, the number is so low that one dinner with your friends would wipe it out—if you want to make a large purchase, you need five friends to each pay for a part of it. Cash is completely broken, when you think just use a credit card, even small purchases, that can be a problem, you need something that is cash-like, and we provide that solution without the restrictions.”

Taylor also explains that because of the exodus out of Venezuela, there is a growing need for remittance payments as family and friends need to send money back home, but there is no point in them receiving it in Bolivars:

“Over 30,000 people are crossing the border every day, they are doing it out of desperation,” Adds Taylor. “They need to send money back to their family. Sending through the bank takes a significant amount of time and high fees. If they have a currency that is digital and useable at merchants throughout the country, then that solves a real problem for them.”

The Economist talked about the exodus from Venezuela, where over 10 percent of the population have left because of conditions in the country. During Nicolás Maduro’s term, Bolivar, the local currency, has become worthless, violence has soared, and utilities have become widely unavailable.

“I’ve had people tell me that Dash has saved their lives,” said Taylor.

In a country rife with instability an independent cryptocurrency makes a lot of sense. It’s hard to seize, easy to transact, and difficult to stop. Taylor went on to say:

“This isn’t about a need to hedge their way out of the currency, for that there is Bitcoin if you are trying to store wealth. But when it comes to transacting with it, using it like cash, we are the ones out there educating the merchants, getting them signed up, educating the consumers on how they can use it as part of their lives and that what makes it far more relevant than other cryptocurrencies out there.”

Venezuela seems to be the first proving ground for cryptocurrency replacing a local currency. That said, it is an outlier in the sense that the local currency is being devastated by hyperinflation, so any asset is a better store of value than Bolivars.

However, the verdict is still out on whether Dash, or any other digital currency, can develop a payment system in a country with limited infrastructure. If cryptocurrency can do that then adoption in places such as Africa, Southeast Asia, and Eastern Europe could be next.