The cryptocurrency market went through a correction after a bullish momentum that took it to new yearly highs. 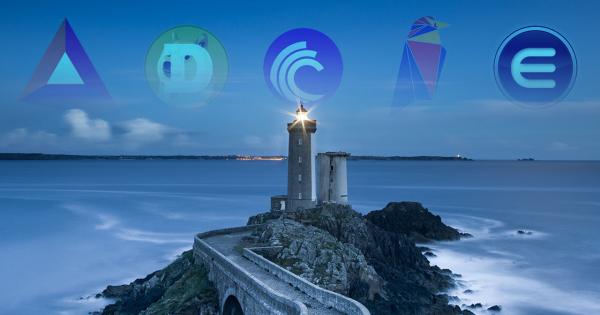 The cryptocurrency market went through a correction after a bullish momentum that took it to new yearly highs. Some altcoins have already bounced off from critical support points giving signs of a continuation of the bullish trend.

After hitting a low of $0.10 on Feb. 6, Basic Attention Token has risen almost 400 percent to reach a yearly high of $0.50 on Apr. 21. Now that it has broken below the support trendline and tested the $0.29 support level, it is bouncing back up.

On the 4-hour chart, Basic Attention Token has been trading between $0.34 and $0.39 since May 13. Although there have been certain spikes in the market valuation of this cryptocurrency that have taken it outside of the trading range, it appears to go back into it after a few hours. A break above or below this zone with significant volume will likely determine BAT’s direction for the days to come.

On the 3-day chart, the 200, 100, and 50 moving averages have been playing an important role in the latest market valuation movements that DOGE has experienced. Currently, this cryptocurrency has been fighting the resistance given by the 100 MA. If it is able to trade above this moving average it could try to test the 200 MA once again. However, if it is not able to break above the 100 MA, it could pull back to the 50 MA, which is sitting around $0.0024.

The Bollinger Bands look like they are squeezing on the 4-hour chart. At the moment, Dogecoin is trading around the upper band so from now on it could either pull back to the middle line (21 MA) or continue rising. A clear trade will come once this crypto is able to break above $0.0031 or below $0.0028, which will determine the next move it will take.

BitTorrent went through a steady decline in its market valuation since it was released, but after hitting a low of $0.0006 on May 8 it went up around 120 percent in a matter of thirteen days.

The TD Sequential Indicator was able to call the bottom on the 3-day chart by giving a buy signal with a red nine candlestick that was later validated once a green two started trading above a green one. Now BTT is on a green six out of nine candlesticks, indicating that there is potential for another nine days of upside momentum.

On the 1-day chart, it can be seen how BTT pulled back to the $0.001 support level after reaching a high of $0.0013 to quickly bounce off. Now BitTorrent has broken above resistance after testing the $0.0013 high. This crypto is making higher highs adding credibility to the bullish perspective seen in the 3-day chart.

Since late March Ravencoin has been consolidating between the $0.044 support and $0.07 resistance level on the 3-day chart. A break above resistance will take RVN to new highs while a break below support could take it down to around $0.026, where the next level of support sits.

The TD Sequential Indicator gave a buy signal on the 1-day chart with an aggressive thirteen on a reversal candlestick, which is a strong bullish signal. RVN is trading on a green two out of nine candlesticks, but a break above the $0.065 trendline could validate the bullish signal and take this cryptocurrency out of the consolidation zone to new highs.

There is not enough data to evaluate the long-term view of Enjin Coin.

Based on the 12-hour chart, this cryptocurrency has been trading in an ascending parallel channel since May 12. Now that it is trading around the bottom of the channel three different outcomes could materialize: consolidate around the current price point, move up to the middle line or break below the channel.

A break above the parallel channel could take ENJ to new all-time highs, while a break below could be the beginning of a correction in its market valuation.

On the 4-hour chart, Enjin Coin is trading above the 7 MA, which is a bullish sign. If it remains trading above this moving average it could test the $0.18 resistance level and potentially break it to reach new highs.

To the downside, ENJ will find strong support given by the 30 and 50 moving averages. If it breaks below these two moving averages it could indicate that a further pullback is coming.

It seems like it is just a matter of time before the cryptocurrencies previously analyzed continue increasing their market valuation. At this point in time, the retrace might be over, but it would be wiser to wait for a break of the previous yearly highs before entering bullish positions once again.

The cryptocurrency market is going through a correction after the recent surge above $8,000.

As the market continues to climb on its rally from December lows, several of the high cap coins have been noticeably quiet—including Ethereum.