After Bitmain and Canaan, Bitcoin miner Ebang is latest to plan $100 million IPO 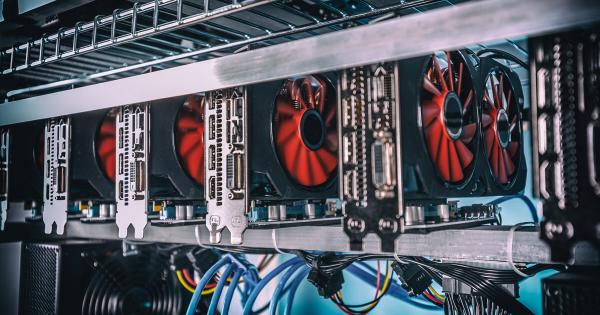 China-based Ebang Holdings has filed a $100 million IPO prospectus with the U.S. Securities and Exchange Commission (SEC), becoming the third Bitcoin mining equipment maker after Bitmain and Canaan to attempt a public offering.

Ebang states IPO returns will majorly serve towards product diversification, company expansion, and collateral for credit facilities with investment banks. No dividend payouts shall be offered to investors, at least shortly. Apart from its blockchain business, the firm has created a telecommunications division which accounts for a paltry 3 percent of annual revenue.

Ebang leads Bitcoin miner production ahead of rivals Bitmain and Canaan, as per a Frost and Sullivan report quoted on the filing. The firm sells ten miners varied by computing specifics, with the cheapest priced at $300 and the priciest — promising a 44 TH/s output – at $1930.

The miner noted Chinese businesses dominate the mining space. A massive 96 percent of annual revenue and 94 percent of computing power is supplied by Chinese or China-registered companies.

The filing is Ebang’s second attempt at an IPO. In June 2018, the firm looked to raise a mammoth $1 billion as per a draft submitted to the Hong Kong Exchange. However, the filing never materialized and remains in limbo to this day.

The firm has not shied away from stating various shortcomings that could affect both IPO and business longevity. Ebang noted superior cryptocurrencies or a change in protocol could render the mining industry obsolete. Cryptocurrencies like Ethereum – a widely mined and rewarding coin – is in the last stages of moving to a Proof-of-Stake protocol, making ether miners a relic of the past when the move happens.

“If the electricity price rises to a level so that the return from Bitcoin mining cannot justify the cost, the market interest in Bitcoin mining will decrease.”

However, the firm noted opportunities in relatively lesser-known cryptocurrencies like Monero and Litecoin, identifying them as profitable operations in case Bitcoin mining proves unviable for miners.

Meanwhile, Canaan Creative’s much-publicized $90 million IPO failed to garner revenues or significant monetary gains for the equipment maker. Listed on CBoE under ticker name CAN, the firm dropped 37 percent on its first day of trading in November 2019. CAN currently trades at $4.22, with its share price seemingly moving up after the recent Bitcoin run.

Bitmain’s ambitious IPO remains a work-in-progress. As CryptoSlate reported in June 2018, the firm targeted a valuation of $8.8 billion after listing, with plans to move towards AI, ML, and other rising technologies.

Ultimately, “shovel sellers” like Canaan and Ebang remain at the mercy of the wider cryptocurrency market. If Bitcoin succeeds as a global currency, such firms would enjoy increased miner sales, revenues, and brand recognition. However, with cryptocurrencies remaining a small part of the developed world three years after the historic 2017 run, miner businesses may soon be forced to either wind up or fully diversify.

The famed Bitcoin mining industry boasted of record revenues in the first half of 2018, surpassing all of 2017.

One of the earliest manufacturers to bring Bitcoin mining chips to market, Bitmain is now in competition with some of the largest chipmakers in the world.