One of the earliest manufacturers to bring Bitcoin mining chips to market, Bitmain is now in competition with some of the largest chipmakers in the world. 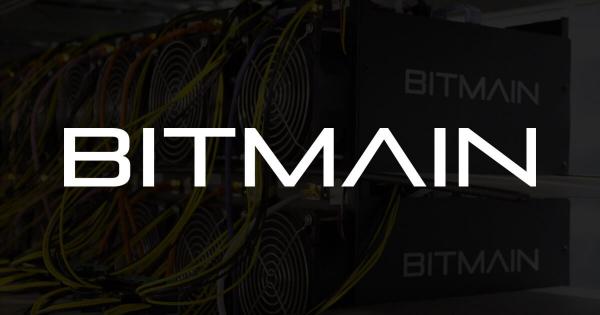 Photo by Florian Whede on Unsplash

One of the earliest manufacturers to bring Bitcoin mining chips to market, Bitmain is now in competition with some of the largest chipmakers in the world. According to a report by Bloomberg, CEO of Bitmain, Jihan Wu just announced that the industry giant is “open” to an IPO overseas.

As one of the first market entrants into the cryptocurrency industry, Bitmain has seen significant growth since its inception in 2013.

While the company started in hardware production, Bitmain also owns and runs two of the largest bitcoin mining pools. According to blockchain.info, Bitmain’s BTC.com and AntPool control more than 40 percent of the world’s Bitcoin mining power.

In an interview with Bloomberg, Bitmain CEO, Jihan Wu stated:

“Bitmain is trying very hard to maintain its advantage.”

As a colossal force in the bitcoin industry, Bitmain has become a fierce competitor to global leaders in chip manufacturing, including publicly listed chipmaker Nvidia.

From Big to Giant

With ambitions to expand into AI, Bitmain CEO, Jihan Wu seeks to follow suit with competitor Cannan Inc. and potentially go public on an overseas exchange.

According to Bloomberg, Bitmain would have an estimated valuation of $8.8 billion once listed – giving the co-founders a collective net worth of near $5.3 billion USD.

Wu shared with Bloomberg that an overseas IPO with USD-denominated shares would allow early investors, like Sequoia Capital and IDG Capital, the option to cash out.

As a company dominant in the nascent chip industry, an IPO in an overseas market where similar investment options lack would surely attract regional investors.

“They’ll have a premium for their valuation because there are very few [similar stocks].”

Jihan Wu is a co-founder of Bitmain (with Micree Zhan), and a prominent supporter of Bitcoin Cash.

Micree Zhan is a Chinese electronics engineer and businessman.