According to this analyst, the catalyst behind Tesla’s rally may also fuel a massive Bitcoin uptrend Cole Petersen · 2 years ago · 2 min read
News › Bitcoin › Analysis

Bitcoin has seen some intense parabolic cycles in the time since its genesis, and Tesla stock’s recent rally has shown some striking similarities to that of BTC’s previous movements – but there is one key difference. 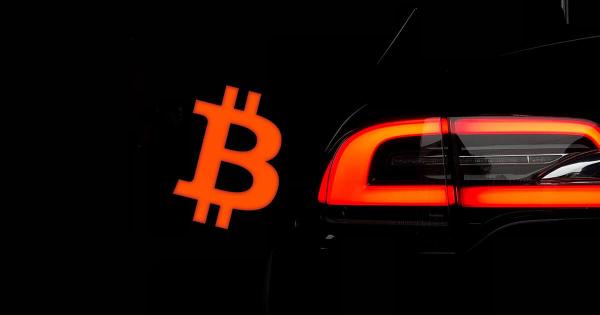 Bitcoin has seen some intense parabolic cycles in the time since its genesis, and Tesla stock’s recent rally has shown some striking similarities to that of BTC’s previous movements – but there is one key difference.

This difference has led one top analyst to note that TSLA’s recent rally could provide insight into where Bitcoin is going next.

Because of this, it does appear that the key factors that catalyzed TSLA’s massive rally over the past couple of months could also allow Bitcoin to see some sustainable momentum, and it could mean that BTC’s next parabolic movement won’t be fleeting.

As reported by Decrypt’s Tim Copeland, the Fundstrat co-founder recently spoke at CoinGeek Conference 2020, in which he offered insights into what Tesla’s stock price rally could mean for Bitcoin.

While speaking at the event, the outspoken Bitcoin perma-bull explained that it is first important for investors to recognize that Bitcoin and the aggregated crypto markets barely account for a fraction of the traditional liquid asset markets.

He then went on to note that Bitcoin will see an unprecedented price rise once its market cycles shift away from being driven by retail investors, and towards being driven by “retail FOMO.”

“Until crypto gets larger, it’s largely a retail market. What happens when institutions start buying crypto? Well FOMO is going to kick in.”

Lee explained that this institutional FOMO is the force that drove the recent TSLA rally, with institutions entering the asset once they realized that it wasn’t being driven by “dead money,” and that this could soon occur for Bitcoin.

“We’ve shown that most of the buying for Tesla has been Russell 1,000 fund managers who ignored the stock and suddenly needed exposure… The day institutions decide they want to be market weight crypto, you’re going to see the same kind of parabolic move, almost in an instant.”

While looking at Tesla’s parabolic price action, an interesting trend emerges: its massive gains have not (as of yet) been followed by any sustained retrace.

TSLA ran from December 2019 lows of $330 to highs of $890 earlier this month, before seeing a slight pullback to $730. This pullback was unsustainable, however, as it has since climbed to fresh highs of $920.

This parabolic price action is far different than that seen by Bitcoin during previous parabolic rallies, where the crypto sets unprecedented all-time highs over the course of a few days before seeing a massive and sharp retrace that sparks a multi-year bear market.

Because Tesla’s uptrend has been driven primarily by institutional FOMO rather than retail FOMO, it could suggest that once institutions enter Bitcoin, it will see an intense uptrend that is not followed by any sharp retrace.