If Bitcoin’s recent price action has been boring, you should look to Tesla (TSLA). 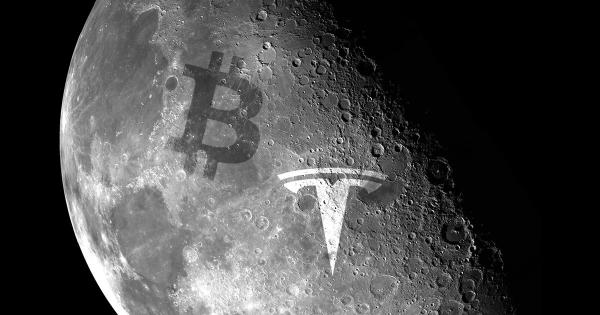 If Bitcoin’s recent price action has been boring, you should look to Tesla (TSLA).

For those that missed the memo, the electric car company headed by the one and only Elon Musk, also CEO of SpaceX, has seen its stock explode by over 300 percent higher since June of 2019 and almost 100 percent in the past eight weeks alone.

On Monday’s trading session alone, the asset surged 20 percent to $780 in a single day, shocking everyone.

This extremely strong performance by the electric car giant, which has brought Tesla’s valuation above that of automobile incumbents Volkswagen and Ford.

While this is a massive achievement some say is backed by fundamentals — Tesla’s strong launch in China, strong earnings for Q4 2019 and 2019 overall, and the introduction of the Cybertruck — many have been quick to liken TSLA’s parabolic growth curve since June 2019 to that of Bitcoin in 2017.

The idea here being: if TSLA follows the historical price action of BTC, the former could soon fall off a cliff, falling back to whence it came.

Michael Novogratz — CEO of crypto fund Galaxy Digital and former partner at Goldman Sachs — recently noted that the charts of Bitcoin in 2017 and Tesla now are extremely similar, recently overlaying them and posting the aggregated chart to Twitter to accentuate this. Indeed, both assets saw a parabolic growth curve.

Novogratz’s intention in sharing this was to warn people of the bubble in TSLA, with some investors acknowledging this as bullish price action rather than a sign of an impending reversal.

He further explained this thought in an interview with Bloomberg, saying:

“Tesla feels like Bitcoin. It’s not a fundamental story — any bit of good news will shoot it up. There’s a Tesla bubble going on — there’s no doubt about it. Bubbles happen around things that fundamentally change the world.”

Not to mention, there is similar investor activity now for Tesla than there was when Bitcoin was nearing its blow-off top just shy of $20,000. As noted by Bitcoiner Remy Buxaplenty, “remember when everyone decided they finally wanted to get into Bitcoin at $19,000,” referencing data that indicates 4,000 Robinhood traders bought TSLA for the first time, above $700.

Remember when everyone decided they finally wanted to get in to Bitcoin at $19k ? https://t.co/p5DMjYZUiE

The two observations mentioned above suggest that TSLA may soon fall, just as Bitcoin crashed rapidly after the near-$20,000 top experienced in December 2017.

Some say TSLA has higher to run

While some say that TSLA’s jaw-dropping run in this exuberant stock market is near complete, there are a few analysts tossing out price predictions much higher than the $780 we saw the Tesla stock trade at on Monday.

According to Ark Investment Management founder Catherine Wood, TSLA still has a lot of room to grow. So much room that Wood told CNBC that she expects for each Tesla share to be worth over $6,000 in the next five years.

Wood, in an interview with Bloomberg, backed this lofty prediction by looking to the fact that Tesla is so far ahead of other companies in the electric vehicle game, and the world is trending to electric vehicles due to fossil fuel concerns and the sentiment that electric is better than gas.

She said that TSLA currently has the potential to be a front-runner in an all-electric car world, meaning that its stock should reflect that as the world of electric vehicles becomes reality.

In many senses, Wood’s bullish case for Tesla is similar to those cryptocurrency proponents have for Bitcoin—the similarities in the macro trends of these two assets are absurdly similar.

You see, both Wood and crypto proponents see their respective assets absolutely taking over their respective fields over long swaths of time — for Tesla, it’s vehicles, and for Bitcoin, it’s finance and money.

It’s fitting, then, that Elon Musk is a (kinda) fan of Bitcoin, calling the blockchain “brilliant” and “clever” in a number of interviews. 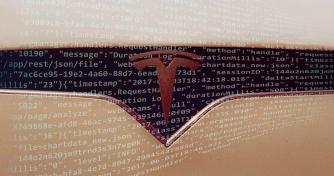 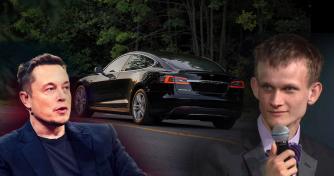 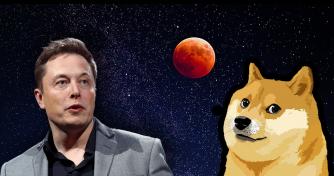