A major crypto scam’s Bitcoin is moving and if history repeats, it may start a correction Joseph Young · 3 years ago · 2 min read
News › China› Bitcoin › Scams

A Chinese multi-billion dollar scam known as PlusToken is moving their holdings of Bitcoin once again. 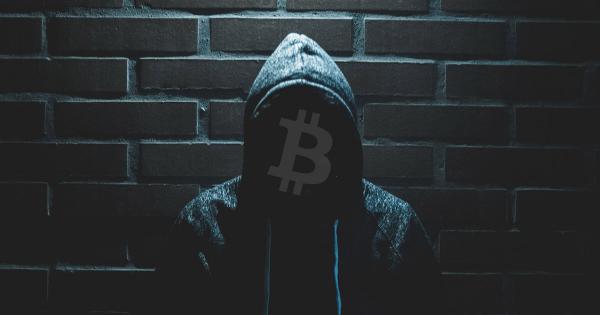 A Chinese multi-billion dollar scam known as PlusToken is moving their holdings of Bitcoin once again. In 2019, when the price of BTC dropped to the $6,000s, analysts attributed the fall to the dumping of funds by the fraud.

Was the PlusToken scam the biggest driver of the Bitcoin correction in 2019?

Throughout 2019, venture capital investor Dovey Wan said that the Chinese scam had a significant impact on the Bitcoin price. She argued that it could have been the main catalyst for both the bull and the bear market that occurred during the year.

The amount of Bitcoin that is allegedly being moved by the individuals behind the scam amount to about $117 million.

For a market that processes billions of dollars in daily trading volume, even if the fraudsters dumped the entire 10,000 Bitcoin stack onto the market, it should not have a severe impact on prices. The problem is that most of the volume of Bitcoin on paper are highly leveraged and are derived from major margin trading platforms like BitMEX.

Whales, who have control of large amounts of bitcoin, criticized the recent upsurge of bitcoin from the $8,000s to $10,000, describing it as manipulated.

If the entire rally was based on highly leveraged buy orders and spoof orders, the upside movement is likely still treading on a weak footing. In such an environment, an abrupt dump of over $100+ million in Bitcoin could have a severe impact on the market.

A major whale on Bitfinex that trades tens of millions of dollars in volume wrote:

“OTC, I have fairly good visibility into. Many of them Asian/Chinese as most Chinese trading is OTC nowadays. There was some pick-up in inflows before Chinese New Year but not enough to justify the latest PA. Yes, the move is driven by Chinese players. Their motives are murky atm.”

Simply put, a market sell of $117 million is not enough to singlehandedly trigger a steep pullback in the Bitcoin market. However, when it is combined with the fact that the recent upsurge has seen a lack of fiat inflow in both spot and over-the-counter (OTC) markets, it could cause an issue for the market.

Currently, on higher time frames like the 3-day chart, the bitcoin price is under a heavy level of resistance at $9,975.

The $9,975 level has also been a level of multi-year resistance dating back to 2018, leaving some traders cautious for a major pullback in the short-term. With Bitcoin having traded above $10,000 for only about 24 hours in total this year, it remains to be seen where the price of Bitcoin will go in the short-term.

Imagine this was it… pic.twitter.com/wBcTUQyp2L

The Bitcoin reward halving in May is still considered to be a key variable for the dominant cryptocurrency, and there are hopes that it would act as a much-needed catalyst to help BTC breakthrough major resistances at $9,975 and $10,500.