On the 2nd of February, Bender Labs tweeted about their new whitepaper here. 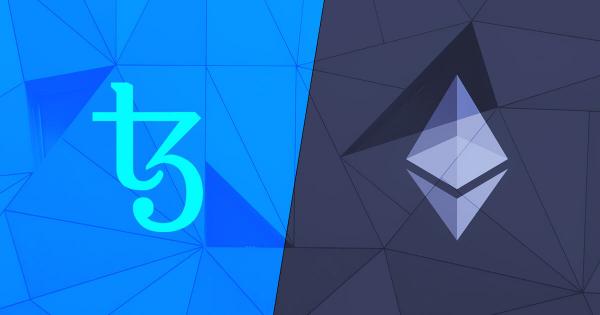 On the 2nd of February, Bender Labs tweeted about their new whitepaper here. In the whitepaper it was stated that V1 of the Wrap Protocol, a new protocol to help bring Ethereum assets over to Tezos DeFi via wraps will launch in quarter 1.

The WRAP token of the Wrap Protocol will also be wrapped as an FA2 and we have included in this ’20’ figure.

Bender Labs, a French team with many members residing in the Greater Bordeaux Metropolitan Area was created to:

Bender are looking to bring assets from other chains into the Tezos DeFi ecosystem. For example, on Ethereum there are close to 350,000 ERC-20 tokens. When considering that trading on Tezos is on average, over 3,000 times cheaper than on Ethereum, there could be large incentives to look to trade such assets on Tezos decentralized exchanges in order to avoid such large fees.

In order to build an open financial system running on Tezos that enables assets from other chains to be traded Bender will use a form of ‘wrapping’ assets which they describe as:

…a way to transform any blockchain A into a pegged sidechain of a blockchain  B.  This  way,  one  can  use  the consensus mechanism and specific infrastructure of  blockchain A to use assets or information stored with both A and B.

Bender will use an ‘Off-Chain Federation’ which is otherwise often known as a ‘Federated Peg’. The idea of a Federated peg was developed by Blockstream in 2016 (built further on a design called ‘Federated Pegs’ by Back et al which was first put forward in 2014).

This is where a ‘group of oracles gather facts, run their own consensus mechanism, and trigger transactions on both chains’. This is done through the aid of a set of co-integrated smart contracts sitting on the Ethereum and Tezos blockchains.

Bender wants to start with Ethereum first, before moving onto other chains.

designed  Wrap  Protocol  as  a  quick-to-implement,  easy  to  use  and  understand, and with a  reasonably low level of trust decentralized protocol that will allow to quickly and securely bring assets and liquidity on Tezos.

For those reasons they chose off-chain federation as the method to use for the Wrap Protocol as:

off-chain federations offer a good level of “trustlessness” (its members cannot be trusted but the  federation  can  –  under  certain  conditions).  It  is  easy  to  implement,  without  important  technical dependencies and offers interesting features in terms of speed and transaction cost.

This last part is extremely interesting as Tezos already has much lower transaction fees for Ethereum, so making the method as cheap as possible would make sense to emphasize this difference.

They attached the following image to elaborate how they came to the off-chain federation decision:

In the Wrap Protocol Whitepaper it was stated that the following assets would be available as whitelisted to be wrapped in Quarter 1:

These coins represent some of the largest trading coins on the biggest Ethereum exchange Uniswap. In addition, the Wrap Protocols very own WRAP token will also be wrapped as an FA2 token. As the tokens mentioned above will be whitelisted users will be able to create markets.

As part of the Wrap Protocol a Wrap token will also be created where:

…the  governance  and  the  economic  profit generated by the protocol are distributed to $WRAP token holders. $WRAPs are distributed  weekly  to  users  of  Wrap  Protocol,  with  the  idea  of  distributing  its  ownership  to  members of the Wrap community.

The token has both on-chain and off-chain governance mechanisms that have benefits and a DAO will be created which has rights over things such as fees and supply on the Wrap Protocol.

The Wrap token is an ERC-20 token that is wrapped 100% into a Tezos FA2 token to enable trades on both blockchains.

The Wrap token will start with a supply of 100 million tokens, but this can be changed via the DAO governance processes. With the current set of parameters laid out at launch, the full distribution is likely to take around 7 years, however this can be changed.

The recipients of the Wrap token fall into 3 distinct groups: Quorum Members, Users of the protocol and the Dev Pool.

The distribution ratios to these groups are as follows: Quorum Members (50%), Users Of The Protocol (40%) and the Dev Pool (10%). This distribution can also be amended by the DAO later down the line.

The Signers Quorum will initially be comprised of 5 members of the Tezos community, including Bender  Labs.  All  wrapping  and  unwrapping  transactions  will  be  governed  by  a  3-of-5  governance.

The Signers Quorum undertake an important job on the protocol described here:

Wrap  relies  on  an  off-chain  federation, that we called the Signers Quorum, which makes sure that at any given time the amount  of  wrapped  tokens  (that  we’ll  call  wTokens)  issued  on  the  Tezos  blockchain  corresponds to the amount of original tokens locked on Ethereum.

For more information on the Wrap Protocol, it is advised to read the whitepaper here.

Lee was the Founder of TokenCrunch, a Tezos-focused news website dedicated to the tokenized asset markets, which he left in late 2020 to help start XTZ News with 3 other co-founders from different parts of the world. He has a Masters in Digital Marketing and has had a keen interest in the cryptocurrency space since 2015. 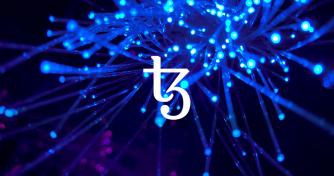 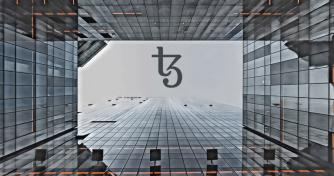 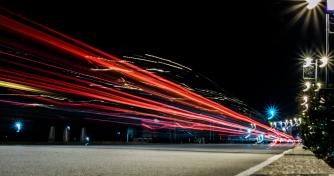 This stablecoin project just moved from Ethereum to Tezos; here’s why