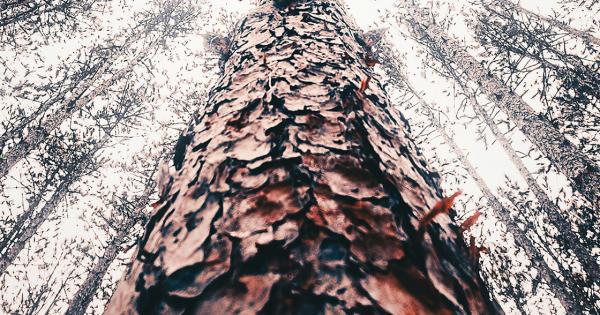 Zcoin is implementing a new mining algorithm that hampers FPGA, ASIC, and botnet mining. Merkle Tree proof of work (MTP) has the potential to move cryptocurrency mining away from huge farms and back into the hands of crypto enthusiasts, once again decentralizing mining.

Merkle Tree proof of work mining is a solution implemented to remedy the issues faced by small-time miners. Most mining algorithms are susceptible to FPGAs and ASICs, mining hardware which is far more efficient than readily available computer hardware. Usually, this hardware is only available to huge corporations whose engineer can design better hardware. On Dec. 10th Zcoin will implement this new algorithm.

MTP is protected because it is “memory” intensive. It is much more difficult to develop specialized mining hardware for a memory-intensive mining algorithm. By making cryptocurrency mining more egalitarian, it is further decentralized. Greater decentralization makes it harder for miners to collude and perform a 51 percent attack, or perform other nefarious activities which could harm the performance and security of a blockchain.

Another issue that MTP addresses are botnets. Currently, there are millions of devices that have malicious code. Hackers fill their wallets by using these hijacked devices to mine cryptocurrency.

According to Zcoin’s website, users infected by computer viruses that participate in botnets experience noticeable performance degradation and are therefore more likely to suspect something is wrong with their computer.

Once a user notices a dip in performance, a clever user could deduce that there might be malicious mining occurring, and would have an opportunity to eliminate the malicious code. This feature is unique to Zcoin and is not seen in other ASIC resistant algorithms.

Zcoin is a privacy-coin that uses the unique ‘Zerocoin’ protocol. This protocol uses zero-knowledge proofs enabling scalable privacy to the many thousands of transactions, unlike Bitcoin mixers and ring signatures, which are limited to a few hundred transactions and have other privacy vulnerabilities, according to the Zcoin’s website.

Centralization in Other Algorithms

There is a body of evidence to suggest that existing proof-of-work methods—such as Bitcoin’s SHA-256, Litecoin and Dogecoin’s Scrypt, and Dash’s X11 algorithms—are centralized to massive ASIC farms because normal miners would often have to mine at a loss if wanting to participate in these networks. Even for the often touted “ASIC-resistant” Ethereum Ethash algorithm, there is evidence that Bitmain, one of the world’s largest miners, has already developed an ASIC for it.

For Bitcoin, it is estimated that between 70 to 80 percent of mining occurs in China. If a handful of those miners colluded, there is a possibility that they could conduct a 51 percent attack on the Bitcoin network.

That said, there are some cryptocurrencies which are actively combating mining centralization. Monero, and now Zcoin, are leading the charge for ASIC-thwarting updates.

Comments from the Team

CryptoSlate reached out to Reuben Yap, the COO of Zcoin. According to Yap, the underlying reasoning for building-in ASIC resistance into Zcoin is to combat centralization:

“For a currency to succeed it needs wide distribution, and ASICs don’t provide that distribution. An ASIC miner[‘s] main job is to make money.”

To achieve that distribution early on in a coin’s mining, it is essential to have fair and even distribution of rewards:

“Early on in a coin’s distribution and timeline you need to have that fair mining to distribute [the currency]. If we are dominated by ASICs now, then only a handful of people will own the new supply.”

Unlike the manufacturers of general computer hardware, ASIC miners are also incentivized to hoard the hardware they design because it is as if they were selling a “money making machine”:

“…A miner manufacturer selling ASICs has to decide whether to keep or sell. This is not the same as other industry [players] such as AMD or Intel, where there is no incentive to hoard their own products. Why should I sell a money making machine?”

Interestingly, Yap isn’t anti-ASIC. He believes there are positives to having ASICs dominate a well-established cryptocurrency:

“Also for the record I’m not anti-ASICs. ASICs do fill a role and maybe when a coin is mature, ASICs offer greater security as long as you’re the dominant coin of that hardware”

He elaborates on why ASICs can be positive for the security of a network:

“As an ASIC that can only do one thing, it doesn’t make sense to attack the coin that gives my ASIC value. When I am invested in an ASIC I am effectively investing in the coin family [that uses that same mining algorithm].”

According to Yap, the Zcoin team had initially scheduled to introduce MTP mid last year:

“MTP was meant to have been launched middle of last year. Lyra2z was always meant to be a temporary algorithm and we knew it wasn’t ASIC resistant but we only saw us using it for a couple of months”

However, a few weeks before MTP launched, an academic paper was published that highlighted weaknesses in the MTP algorithm, so additional software development needed to be done before MTP was ready for implementation:

“An academic paper was published [by] Dinur and Nadler that highlighted ways to reduce MTP[‘s] ASIC resistance, and so we had to fund additional research and bounties to [security] harden MTP.”

Yap concluded by explaining how proof-of-stake and delegated proof-of-stake excel in performance and throughput, essential features for a smart contract platform. Meanwhile, proof-of-work excels at distributing coins fairly and tying real world cost to a chain; Essential components to a currency, like Zcoin.

How to Start Mining

At the moment, MTP has software available for both CPU and Nvidia GPUs. Mining software for AMD GPUs is slated for release in the next two weeks.

According to Zcoin, the most efficient way to mine on MTP is using GPUs with at least 4.5 GB of RAM. For those interested in mining using MTP, refer to Zcoin’s official mining guide.

It is promising to see projects such as Zcoin contribute to the ASIC resistant movement. Since the software development for cryptocurrencies is often open-source, these improvements are transferable to other cryptocurrencies. Furthermore, diversity in cryptocurrency choice allows for greater diversity in the market, meaning more innovation and greater security. In all, Zcoin has made another stride in building a more private, more secure way to transact over the web.

The Cryptocurrency Miner’s Guide to Taxes

The April 17th tax deadline is approaching, and miners are no exception.

ASIC resistance is worth pursuing for egalitarian mining with our new Proof of Work (PoW) algorithm, Merkle Tree Proofs (MTP).