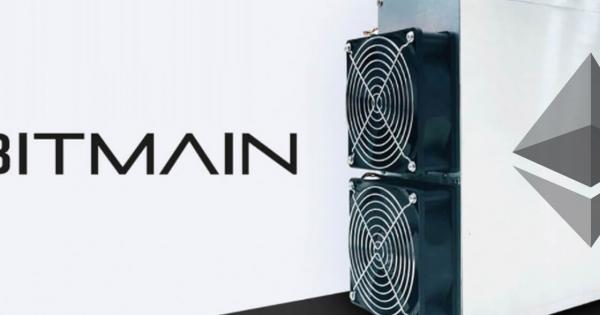 Earlier this month, rumors emerged that Bitmain was secretly developing a powerful Ethereum ASIC. This ASIC was rumored to have higher performance and power efficiency when compared to existing hardware on the market.

The rumor has been confirmed – Bitmain unveiled the E3 on April 3rd, and the Ethereum community and miners have reason to worry.

The safety of the Ethereum network is at stake.

As significant players like Bitmain corner the market, it’s possible for the company as a single actor to control a plurality of mining power in the network. The more centralized the network, the more vulnerable to malicious actors and 51% attacks.

Bitmain claims that the E3 has the following stats:

How does this compare to other conventional GPUs?

Analysis of the E3 Compared to Other Hardware

Based on data from whattomine.com, here are the stats for some common mining GPUs:

Based on these numbers, an E3 is roughly as powerful as six RX570s.

Analysis of Electricity Consumption and Cost

First, watts per MH/s. This number represents the number of watts it takes to produce a single MH/s of mining power. The RX570 and 1080Ti both outperform the E3 by a slim margin. That being said, Bitmain has claimed that:

“These are the conservative estimates. We expect the miners to deliver higher performance and efficiency when they are ready to ship.”

What is mind-boggling is the cost-effectiveness of the E3. For every $4.4 dollars, the E3 has an additional MH/s. A mega hash is a term to describe how effective a microchip is at solving the Ethash algorithm and represents a million hashes per second.

Compared to other cards the E3 is roughly three times more cost-effective per MH/s in comparison to other hardware.

One positive aspect for GPU miners is depreciation. Like other ASICs, an E3 Ethereum miner is worthless once it is obsolete.

That means that depreciation expense for the E3 is much higher when compared to graphics cards; assuming there isn’t a switch to PoS, in two years, the E3 will likely become worthless as other ASICs are developed and difficulty increases.

On the other hand, GPUs have a robust secondary market. The top-performing graphics cards of today, like those listed above, are currently some of the most powerful cards on the market for virtual-reality, machine learning, and high-performance gaming.

Although newer more powerful cards will be released, these cards can still find a home as mid-tier consumer graphics cards.

Depreciation by the Numbers

The secondary market for these cards still exists even though these cards are not cost-effective for mining.

Based on data collected from eBay, over roughly three years the cards mentioned above have depreciated approximately 50% from MSRP when factoring in selling costs such as shipping and seller fees.

Current graphics cards should see similar depreciation schedules from MSRP. You can expect your graphics cards to lose 50% of their value over the next three years.

However, because of inflated market prices, many miners purchased these cards for double MSRP. This results in higher losses for the miner as they resell the card. With higher difficulty, lower margins, and now the E3, it’s likely that prices for graphics cards decrease as demand decreases and difficulty adjusts to the new ASIC.

Gamers can finally have their graphics cards back.

The situation is bad news for Ethereum miners. It is said that Bitmain mines with its hardware before selling it to the public, explaining the recent spike in Ethereum proceeding the announcement of the E3.

Moreover, it means that Bitmain has already made its money and is looking to unload the E3, possibly to hedge themselves against a potential hard-fork of Ethereum.

Nvidia and AMD should also be worried. Cryptocurrency mining has substantially contributed to the demand for their graphics cards. Miners are a hugely profitable segment for the two companies. AMD and Nvidia need to develop chips that can compete with the E3 or risk losing market share to entrants like Bitmain.

In all of this commotion, it is small-time miners who will suffer.

If you liked the article above the story on the left provides more background as to why Ethereum ASICs are harmful to the network.