Within the last 30-days, bitcoin has gained 29 percent and the crypto markets overall have appreciated 22.5 percent. 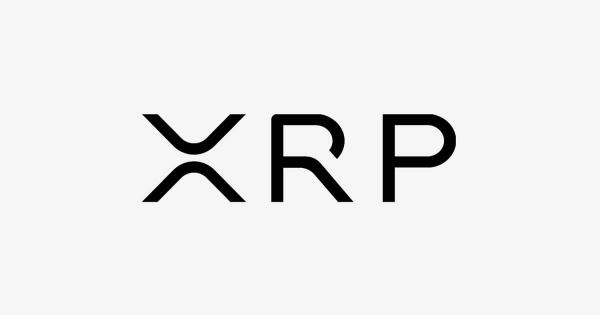 Within the last 30-days, bitcoin has gained 29 percent and the crypto markets overall have appreciated 22.5 percent. In contrast, XRP underperformed with losses of 7 percent while Ripple and its CTO David Schwartz have continued to sell-off their holdings.

On Apr. 1st, bitcoin experienced a spectacular rally that brought its price up from $4,100 to $5,000, and for the last three weeks, the price has seemingly remained stable above that mark.

Prior to BTC’s rally, during the trough of the bear market, XRP was one of the best-performing assets. From Sep. 1st, 2018 to Jan. 1st, 2019 XRP appreciated 6.7 percent. Over that same period, BTC lost a staggering 47.1 percent of its value.

This change in value is reflected in the dominance of XRP relative to BTC. During that period, XRP climbed from 5.8 to 11.5 percent market dominance, even surpassing Ethereum as the number two cryptocurrency by market cap in 2018.

However, now that the bulls have returned it seems the tides have turned. XRP is now underperforming compared to its peers, especially BTC.

One area of concern for XRP holders is the downward price pressure resulting from Ripple and its associates regularly selling XRP.

Ripple owns roughly 58 billion of the 100 billion XRP in existence. If holdings from insiders such as CEO Brad Garlinghouse, co-founders Jed McCaleb and Chris Larsen, and CTO David Schwartz are included in the calculation the figure is even higher. A more detailed analysis of these holdings is available here.

David Schwartz also contributed to these growing sales. Schwartz started regularly selling his XRP holdings in April of 2017 and has continued at an increasing pace to the present day.

His wallet currently holds 3.16 million XRP worth $923,000 at current prices. Since the beginning of 2019, Schwartz sold 2.8 million XRP worth roughly $810,000. Schwartz explained the transactions as “de-risking” after renewed scrutiny from the community:

This is still the case. Still sticking to the de-risking strategy my wife and I agreed to when we agreed to put our own money into cryptos. What helped me not to be so sad selling during the bull run was thinking how happy I'd be if I regretted my decision, but it still hurt. 1/2

Considering Schwartz likely has a large percentage of his assets tied to Ripple stock and XRP, it makes sense that he is diversifying:

If you think about it, circumstances have put my wife and I into a situation where we have way more risk than it would make any rational sense for us to have. There's nothing we can really fundamentally do about it. All my eggs are in one basket, but I do like the basket.

Yet, even though the amount pales in comparison to the company’s sales it still contributes to the expanding supply. Some within the Ripple community also voiced concerns that the sales represented a lack of confidence in XRP’s potential to appreciate in price.

That said, Ripple and its employees have been relatively transparent about the regular sale of these coins. Previously, Ripple voluntarily put the majority of its holdings into smart contract-based escrow to guarantee holders that the asset wouldn’t be dumped. Whether other insiders are liquidating large amounts of XRP is unclear.

XRP’s growing circulating supply is problematic for holders who are hoping for the value of the token to grow. These problems are compounded by the exchange metrics surrounding the crypto.

The impact of these regular sales on XRP’s price and exacerbated by its relatively low trading volume. XRP has consistently had a lower trading volume than both bitcoin and ether.

Although XRP has been making astonishing progress for the technologies it is developing for banks, including Xpring and RippleNet, these could raise concerns. With these factors in mind, it is possible that other cryptos yield better returns.