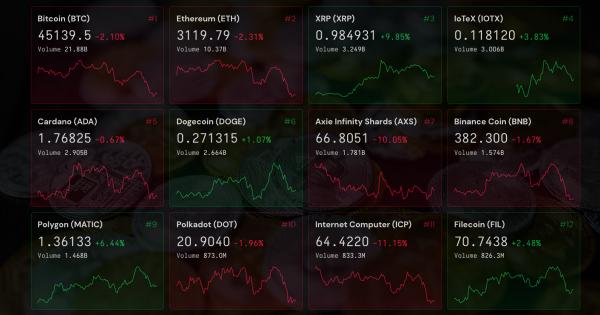 XRP bumped this morning on the back of several fundamental developments even as top cryptocurrencies tumbled down.

Traders reacted accordingly. XRP jumped nearly 19% in the past day—from $0.88 to $1.06—before dipping slightly in the early hours this morning. As such, the move was part of a larger trend from the $0.5 price level in July, reaping a near 100% return for investors from late-July to now.

While XRP bumped, other cryptos saw a price decline. Internet Computer, one of the world’s biggest ICOs that has fallen 80% from its peak, fell by as much as 10% this morning to $63. That move, however, was preceded by a 66% climb for ICP in the past week, and a 75% jump in the past month.

Ripple in Japan and South Korea

XRP’s move came as payments processor firm Ripple, which partly manages the network and issues XRP, saw positive developments in its ongoing SEC case and signed on two massive partnerships in the past month.

It caused a 19% price rise at the time, displaying progress in the firm’s overall business activities despite the ongoing case SEC v Ripple case in the US.

Yesterday saw a continuation of that trend. GME Remittance, a major Korean remittance service, joined a flock of Korean financial institutions and money transfer companies already on RippleNet, a network of institutional payment providers that use solutions developed by Ripple to transfer money across the world.

“This new connection on RippleNet between GME Remittance and SCB comes off the back of strong customer momentum for Ripple in Asia Pacific,” said the company in a statement.

The Internet Computer is a seamless shared universe for reimagined software that’s secure and unstoppable, that can power a new generation of enterprise systems and internet services. Learn More