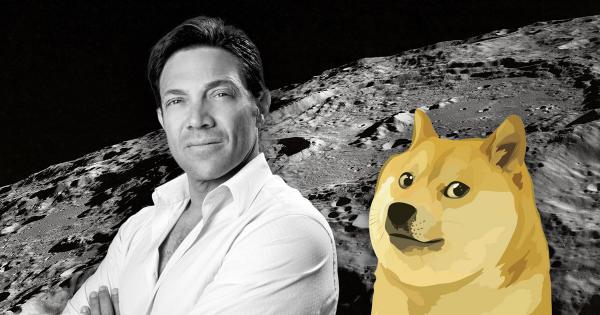 Jordan Belfort, the infamous penny stock guru, is urging his 422,000 Twitter followers to pump his Twitter followers, and presumably the prices of Dogecoin and a few other altcoins, a recent tweet showed.

“If you want Pump, 5 DAYS. Get me to 500K follows by 5/1,” he tweeted, adding the tickers of meme currencies Dogecoin (DOGE) and Safemoon (SAFE) and US stocks GameStop (GME) and AMC Entertainment (AMC).

Belfort is infamous for his antics of pumping penny stocks and running a ‘boiler room’ in the 1990s. He pleaded guilty to fraud-related crimes in connection with stock-market manipulation in 1999 and spent 22 months in prison.

The man has since become a motivational speaker and author. His autobiography, “Wolf of Wall Street,” inspired Leonardo DiCaprio to star in the movie, with both mediums received worldwide acclaim.

But old habits arguably die hard, and while it was low-priced penny stocks in the good ol’ 90s, the meme currency Dogecoin has now gained Belfort’s focus. “#DOGECOIN WHERE’S MY ARMY??!,” read one such enthusiastic tweet.

Belfort also mentioned Safemoon, an altcoin with a circulating supply of 642 trillion and a diluted market cap of $3.5 billion. The coin was heavily shilled on video streaming app TikTok in the past few months, with the low price of $0.00000585 playing its part.

DOGE has gained a lot of press (for both good and bad reasons) in the past few months. The approachable use of a meme, the unit biases (you can buy several thousand DOGE with $100 compared to a small fraction of Bitcoin or Ethereum), and endorsements from the likes of Tesla CEO Elon Musk and adult star Mia Khalifa have led to the currency pumping thousands of percent since 2020.

The currency itself isn’t actively managed nor developed and it doesn’t have a clear-cut use case either. That, however, hasn’t stopped it from reaching a $35 billion market cap and becoming the seventh-largest cryptocurrency.

Meanwhile, replies to Belfort’s tweets were mixed, with some pointing out the possible illegal behavior and others cheering him on.

Don’t stop him I want a second part of the film.

Belfort did, however, call himself “not a financial advisor” and tagged the US Securities and Exchange Commission (SEC) a few days ago to try and evade any potential legal actions in the future. But if only legalities worked that way.