Traders have started to lean towards a bullish short term trend for Bitcoin following what has been a relatively stable week for BTC after a big drop in October. 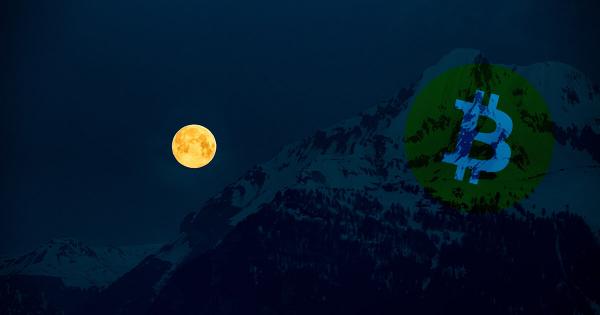 Traders have started to lean towards a bullish short term trend for Bitcoin following what has been a relatively stable week for BTC after a big drop in October.

Major cryptocurrencies in the likes of Ethereum, Binance Coin, and TRON have recorded minor gains against both Bitcoin and the U.S. dollar in the range of 0.5 to 6 percent, with Binance Coin seeing the largest increase in price on the day.

When Bitcoin sees a sideways movement throughout an extended time frame, alternative cryptocurrencies tend to rally. Throughout the past week, Ethereum has remained above a key support level at $180, keeping other altcoins afloat.

According to a trader, most shorts in the bitcoin market have been closed out and after five consecutive weeks of negative “delta,” the short term trend of BTC looks bright. He said:

“I am not so sure I want to be a seller of this market right now in this very position. All shorts have been closed out. We are on our 5th straight week of negative weekly delta. The stats on this are not in favor of red continuation with respect to previous occurrences.”

However, some technical analysts anticipate a further pullback for Bitcoin before it turns to the upside, with the daily structure of Bitcoin seeming weak and the sentiment around the asset class arguably in decline.

Based on weekly data, since June, the volume of bitcoin across major margin trading platforms including BitMEX has declined significantly, from over $55 billion to $14 billion.

While the decline in the volume of Bitcoin could allow sell pressure to build up and result in a pullback, it also makes it easier for bulls to take over and push the market upwards.

As such, after a period of stability and low weekly volume, Bitcoin tends to see a large movement afterward, which is what traders generally anticipate in the short term to happen.

Since late September, Ethereum and other altcoins have recovered quite well against both bitcoin and the U.S. dollar, with the Ethereum price rising from around $165 to $187 within a month and a half.

According to ATHCoinIndex, most alternative cryptocurrencies that were initially down by nearly 95 percent against the U.S. dollar have rebounded to about 80 to 90 percent loss from their record highs, showing a minor improvement in recent months.

Still, with most altcoins following the price trend of BTC as of late, as said by Josh Rager earlier this week, Bitcoin would need to reclaim heavy resistance levels including $9,500 to confirm a breakout. Rager said on November 5:

“Nice push, battling the weekly open resistance at the moment Closing above this area would be great – considering the open and interest and funding rate were positive, usually a sign before of a drop Focus is $9547+ for a daily close.”