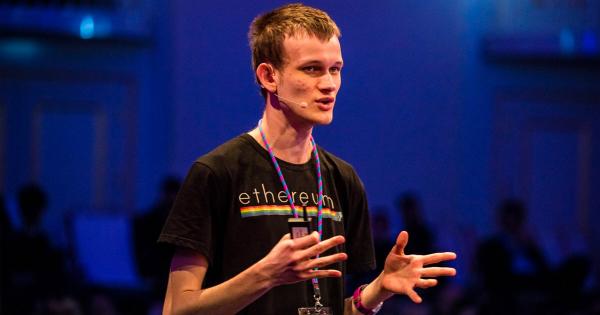 Ethereum co-founder Vitalik Buterin needs no introduction. He was part of the founding team behind the world’s second-largest cryptocurrency network in 2015; envisioning a world free of borders, decentralized governance, and autonomous companies (among other features).

Despite not being as active as he once was with Ethereum, Buterin remains a thought leader in the space for his ideas and work on a decentralized future.

A recent paper Buterin co-authored with a Harvard professor is evidence of the above; tying in blockchain with a popular law of our times.

On a video call with Thibault Schrepel, a Harvard law professor, yesterday—the duo presented their paper on “Blockchain Code as Antitrust,” exploring features of the idealogy and arguing how blockchain technology can complement antitrust laws.

The paper was first out in May this year. But due to the ongoing COVID-19 pandemic, Buterin and Schrepel did not formally present their thesis.

They made it yesterday on a YouTube video, however. The paper explores a theory of decentralization in the real world, the role of smart contracts, and trifling monopolies with distributed governance.

“Both antitrust and blockchain seek decentralization,” explains Schrepel in the video. He adds the two mechanisms are complementary; making a free market possible in the real-world.

“Antitrust law does this by preventing companies from holding too much economic power, blockchains do it by reducing intermediaries and enabling peer-to-peer transactions,” he adds.

Buterin provided inputs on the many misconceptions that mainstream media perpetuates about blockchain. Specifically, he noted that blockchain systems do not mean every element of those need to be decentralized.

The 26-year-old said centralization can occur and it’s oft-valuable to have some centralized actors; such as wallet providers to certain layer-2 infrastructure firms:

Buterin and Schrepel said they encourage governments to provide regulated sandboxes and legal spaces so that blockchain technology, and its development, becomes more decentralized and can assist in reaching the objectives of antitrust laws.

Meanwhile, China is already pursuing a blockchain-based government. Reports yesterday noted the country announced the development of a decentralized system for e-governance, imports, business, and even private firms in Beijing. This is in line with its broader push for blockchain technology under the Five-Year-Plan.

Facebook’s bold “new global currency,” Libra, was hit by an antitrust probe from regulators in the European Union because it could unfairly dominate the market, according to a document seen exclusively by Bloomberg. 2 min read

China’s leaving no stones unturned in its well-publicized quest to become the world’s leader in blockchain development and services. 2 min read

Protesters in Hong Kong have taken to a new non-violent tactic, withdrawing cash in mass from ATMs and banks and converting it to United States dollars—foreshadowing things to come for Bitcoin. 5 min read