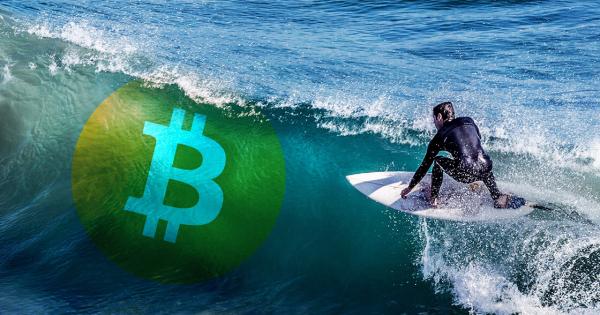 Speaking to CryptoSlate, a real estate developer and cryptocurrency investor known as Satoshi Flipper on Twitter explained the reasons behind the price spike of bitcoin and the recovery of the asset class.

What happened to the prospect of a bitcoin correction?

According to Satoshi Flipper, the prospect of a correction of around 30 percent based on the performance of the dominant crypto asset since 2015 did not materialize due to the difference in infrastructure supporting the market.

In the bull market of 2017 and prior to that, the market primarily relied upon the spot market and exchanges, many of which portrayed inflated or incorrect volumes.

In its latest report, the Blockchain Transparency Institute stated that only Binance out of the top 15 exchanges on major market data providers has verifiable volume.

“We found 17 of the CMC Top 25 exchanges to be over 99%+ fake with many greater than 99.5% fake volumes, including 35 of the top 50 adjusted volume rankings. These exchanges have been completely discounted from appearing on our new site and rankings tables. Over 60% of all exchanges ranked on popular data sites have little to no volume and were found to be over 96% fake each.”

Hence, there exists a difference in the current structure of the market when compared to 2017 and years before that as the market has matured with the entrance of large financial institutions and reputable exchanges.

The investor told CryptoSlate that the current price trend of bitcoin cannot be compared with the bull market of 2017 and that the market is unlikely to experience corrections in the size of previous pullbacks with bigger players and a wider range of financial products having been established.

“I’ve said all along that you cannot compare this bull market to the bull market of 2017 and expect everything to play out the same way. It’s not the same paradigm. The infrastructure is different. Bigger players, more financial products around bitcoin. It’s a more mature market now and corrections will simply not be as deep as they were in 2017 when we were at the beginning of that bull market. This is why we didn’t get the drop many were expecting.”

The rally of bitcoin led the rest of the crypto market to recover, as the market added $9 billion within merely several hours.

Litecoin, the fourth most valuable crypto asset in the global market, recorded yet another eight percent increase against the U.S. dollar heading towards a block reward halving in the near term.

A block reward halving is a mechanism integrated into proof-of-work blockchain protocols like Bitcoin and Litecoin that reduces the rate in which the supply of the native crypto asset is released to the market.

Will it sustain momentum?

With investors generally positive about the medium-term trend of the market on a macro level, analysts expect bitcoin to sustain its momentum as it climbs above key resistance levels.

The “real 10” volume of bitcoin, which estimates verifiable volume from exchanges hand picked by Bitwise Asset Management in the likes of Coinbase and Binance, still remains below the $1 billion mark. At its peak in late May, the real 10 volume nearly hit $2 billion.

Blockchain Transparency Institute is a group of blockchain data researchers and enthusiasts looking to bring more transparency and trust to the crypto sphere.. Learn More