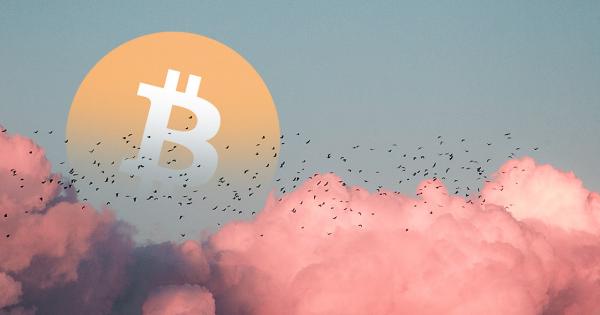 Considering the looming crypto mining ban, increasing pressure from the U.S.-China trade war, and the Chinese government’s cautious stance towards crypto, the diversification of miners out of the country isn’t surprising.

Squire Mining (SQRMF), a publicly traded Canadian blockchain company—and one of the largest miners in the world by hashpower—signed a letter of intent to host over 41,000 Bitcoin (SHA-256) ASICs to the United States.

The move is part of a deal with Core Scientific, a stealthy AI and blockchain firm helmed by former Microsoft COO Kevin Turner.

Squire committed $6.37 million to the agreement in hosting prepayments and Core Scientific intends to spend, at minimum, $12 million on infrastructure to accommodate the relocated equipment.

Squire Mining has close connections to the leaders behind Bitcoin SV. Craig Wright and Jimmy Nguyen, executives at nChain, both serve as advisors to the firm. Meanwhile, Squire is deeply involved in a series of agreements with Calvin Ayre-owned CoinGeek.

This may be a harbinger in a more important shift in the proof-of-work (PoW) ecosystem.

The move by Squire is a boon for decentralization of the Bitcoin, Bitcoin Cash, and Bitcoin SV networks. Previously, research suggested that over 70 percent of cryptocurrency mining is localized in China. Even more concerning: multiple sources have suggested the majority of the mining in China takes place in a single province—Guangdong. Such a high concentration of hashpower makes the Bitcoin network vulnerable to censorship, manipulation, and even takeover from government entities.

CryptoSlate reached out to employees at some of the biggest Bitcoin mining companies and ASIC designers in China. According to these sources, most major players in the industry in China are hedging their operations and migrating their supply chains to other countries to minimize the impact of regulations from the Chinese government.

As such, a shift away from a Chinese dominated mining landscape is a victory for decentralization. By having infrastructure across many countries it makes the network more resilient to government interference. Especially against governments with tight monetary controls that have the most to lose from a technology like Bitcoin.

CryptoSlate reached out to Core Scientific. Kristy-Leigh Minehan, CTO of Core Scientific, had this to say about how this trend could impact the industry:

“The dynamics of the PoW ecosystem are starting to shift. In 2015–2017, we saw most of this infrastructure deployed under regions where electricity was plentiful but not necessarily regulated—places in Asia or Eastern Europe. Very little focus on blockchain as an application or platform. In North America, however, there was a focus on application and protocol development, but infrastructure had largely been ignored. In 2019, we’re starting to see this dynamic shift—North America is becoming more focused on infrastructure, and China is making a big play for application development.”

Minehan also mentioned how Core Scientific is able to compete with Chinese-based operations. Although cost differences are higher (due to ASICs being built in China), facilities built in the United States are able to enjoy stable regulatory environments and are often engineered for long-term efficiency, rather than short-term cost minimization, in mind. Core Scientific also specializes in the optimization of these devices to ensure effective hosting rates are competitive with foreign markets.

Minehan went on to clarify what this means for public chains. “The recent release of EY’s Nightfall protocol and Microsoft’s identity solution on Bitcoin is indicative of Fortune 500 companies starting to realize the value of public chains. We’re going to see a flywheel of consumerism. More investors, more developers, and more applications—which all leads to more transactions (and the need for more miners). 2017 was the year of the private chain, I see 2020 as the year of the public chain.”

Who is Core Scientific?

Core Scientific is a virtually unheard startup based out of Bellevue, Washington. The company boasts a suspiciously impressive executive team considering how little information is available about the company.

SEC filings from the company show that it is raising as much as $250 million in a private placement. The amount of equity sold in the placement was not disclosed, but it could place the valuation of the company well into a billion dollars.