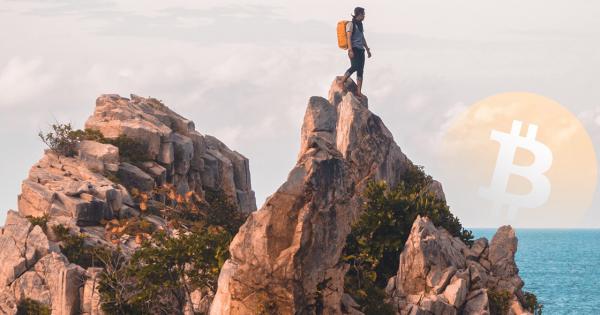 When the bitcoin price was hovering at $8,000, some traders indicated the possibility of a pullback prior to the initiation of another upside movement in the near-term.

From its 2019 peak at $9,090, a 30 percent pullback would result in the bitcoin price slipping to $6,400. Although the dominant crypto asset has tended to drop by 30 percent in previous corrections since 2015, technical analysts do not expect the asset to endure such a large drop due to its momentum.

Correction for crypto is healthy

In mid-May, crypto asset trader Josh Rager noted that since 2015, the bitcoin price experienced nine 30 percent pullbacks amidst a long-term rally that eventually led the asset to hit an all-time high of $20,000. Rager said:

“BTC 30%+ pullback coming? Yes, eventually. If history repeats, there should be plenty of strong pullbacks on the way to the next peak ATH. There were at least nine 30%+ pullbacks from last cycle accumulation & uptrend Plenty of buying opportunities ahead, don’t let it shake you.”

Since then, bitcoin has fallen by 15 percent against the U.S. dollar and some analysts expect the fall to continue to $7,200. Rager noted:

As seen in the performance of bitcoin throughout the past four years, minor corrections have been key in maintaining the momentum of the asset in the medium to long term.

Hence, despite the prospect of a large pullback occurring in the short-term, eToro analyst Simon Peters said that the year-to-date gain of bitcoin has made it one of the best performing asset in 2019 and it is in a prime position to initiate a stronger rally in the future.

“Companies like Facebook and JP Morgan experimenting with their own cryptos and major retailers such as AT&T and Whole Foods accepting bitcoin has got investors excited again. The gains have made bitcoin one of the best-performing asset classes of the year so far. It could very well be the beginning of another steep rise,” Peters told The Express.

How investors are thinking about crypto is changing

According to John Apruzzese, the CIO at Evercore Wealth Management, while crypto assets generally remain speculative, it is wrong for registered investment advisors to dismiss the asset class.

“This new space, which we think is more appropriately called digital assets, is neither big enough nor linked closely enough to the traditional financial markets to cause concern at this point but it does bear watching. That said, we also think it is a mistake to dismiss out of hand this new phenomenon as nothing more than the equivalent of the famous tulip bulb speculative bubble of 1600s Amsterdam. There is an important kernel of unappreciated economic rationale behind the innovation of digital assets beyond the underlying blockchain technology, which is now generally accepted as a major innovation.”

As major financial institutions such as Fidelity, ICE, and TD Ameritrade continue to move towards establishing infrastructure to support the asset class, the gap between crypto and accredited investors may be filled, an important fundamental factor that may improve the macro perspective of the asset class.