MetaMask shoots itself in the foot by blocking "certain jurisdictions," a dig deeper reveals the Ethereum ecosystem is in bed with JPMorgan. 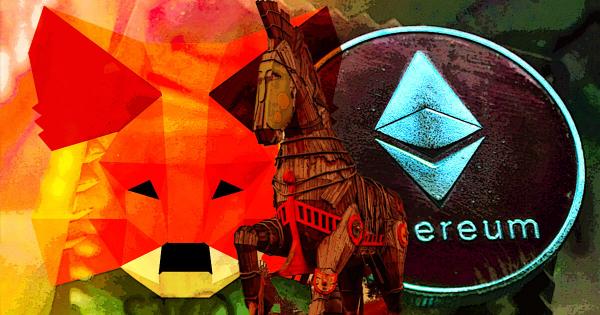 This is possible because MetaMask uses an API or gateway service through Infura. Like MetaMask, Infura is also owned by Ethereum developers ConsensSys, following its acquisition in October 2019.

“Infura is a Web3 backend and Infrastructure-as-a-Service (IaaS) provider that offers a range of services and tools for blockchain developers. This includes the Infura API (Application Programming Interface) suite.“

As expected, the community response wasn’t pretty, with deceit over decentralization being a common theme. And considering what’s happening in Russia-Ukraine, some realize that you or I could be next.

The brutal truth about MetaMask censorship

The Block’s VP of Research, Larry Cermak, said that if MetaMask is prepared to block Venezuelan IP addresses, it won’t be long before they block individual IP addresses. As a result, Cermak suggested users move to alternative wallet providers.

“If Metamask/Infura is open and willing to block countries like Venezuela by IP addresses, it’s only a matter of time until they are forced by regulators to censor individual people’s IP addresses. We need alternatives immediately, hoping that Alchemy and others don’t do this.”

But the latest data on MetaMask users shows there are 21 million monthly active users, making it the most popular wallet on the market. As such, making the jump to a viable alternative could prove tricky.

The Magic Internet Money podcast host, Brad Mills, called Ethereum “a trojan horse for tyranny.” Mills pointed out that big corporations, including JPMorgan, are behind ConsenSys. He added that only Bitcoin is “government-resistant.”

Ethereum is a trojan horse for tyranny.

99% of EVM transactions go through Consensys.

DeFi is captured by VCs & banks.

In response to the backlash, MetaMask said the issue came down to an Infura “misconfiguration” and has now been resolved.

MetaMask is a client-side wallet that strives to make the blockchain maximally accessible to everyone. Infura had a misconfiguration this morning, but it has been corrected now. https://t.co/CYAhvGunHo

However, this doesn’t explain the MetaMask support notice describing the service outage due to “legal compliance” reasons.

What’s the deal with JPMorgan?

Despite JPMorgan CEO Jamie Dimon calling Bitcoin “worthless” just five months ago, that hasn’t stopped the firm from trying its hand with crypto. For example, in creating its own payment token in the JPM Coin, which hasn’t had an update in a while. As well as its plans to become the first lender in the MetaVerse.

Covering all bases, the New York-headquartered megabank has also gone down the route of partnering with established crypto firms.

For example, ConsenSys bought the JPMorgan-built blockchain Quorum in August 2020 for an undisclosed fee. And April 2021 saw a consortium, including JPMorgan, invest $65 million in ConsenSys.

But the relationship between ConsenSys and JPMorgan is deeper than that. A group of 35 ConsenSys shareholders has demanded a “special audit” of the 2020 deal, which saw JPMorgan acquire a stake in MetaMask and Infura.

It’s alleged the ConsenSys Board had breached its fiduciary duties by approving the deal at the detriment of minority shareholders. As a result, the group is seeking to void the agreement.

With JPMorgan deeply embedded in the Ethereum ecosystem, is it time to admit ETH isn’t run for our benefit?