Some crypto proponents were slapped with a lawsuit when the Bitcoin Cash protocol was forked. And today, they won. 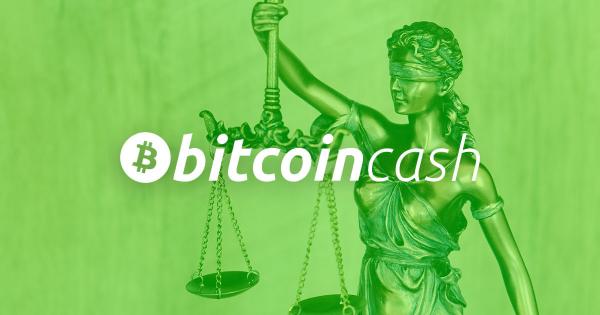 A controversy around Bitcoin Cash

UAC first brought its suit in December 2018 and alleging the named individuals had effectively manipulated and devalued Bitcoin and pushed the firm out of the network after it had invested over $4 million.

The complaint also said that the individuals colluded and schemed to take over and centralize the Bitcoin market ‘in violation of accepted standards and protocols in place since its inception.’

However, U.S. Magistrate Judge Chris McAliley of the Southern District of Florida said the case was not based on sound evidence and threw out the allegations of possible manipulation. He added the complaint ‘must state facts — not conclusions — that plausibly suggest a conspiracy’ for it to stay afloat.

“The complaint is filled with factual assertions, although on closer inspection many really are conclusions that beg for specific facts to give them meaning. Moreover, many factual assertions, while interesting, do not clearly support the necessary essential elements of the claims,” the judge wrote.

Judge McAliley said UAC had failed to expressly allege that all of the defendants entered into an agreement in violation of the Sherman Act, much less stated the terms of that agreement. He further both allegations mentioned in the complaint were ‘incomplete and conclusory.’

Meanwhile, it was the final nail for UAC, which was earlier told by this hearing was its ‘final opportunity’ to plead its causes of action. The court had ealier dismissed the initial complaint for lack of personal jurisdiction and failure to state a claim.

And now with the revised complaint dismissed, Judge McAliley said it was ‘clear that it would be futile to give UAC another chance.’