Uniswap does a third of Coinbase volumes while “Tendies” tokens surge

A day in DeFi land is a week in crypto; and even that’s saying something. 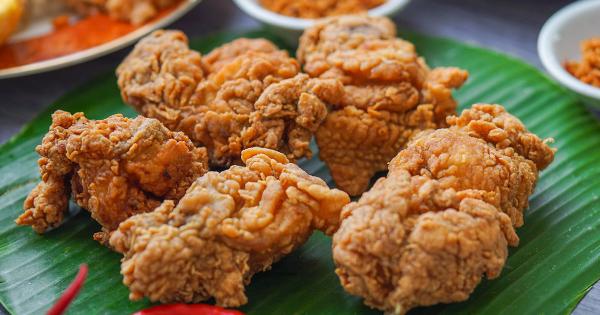 Photo by Ke Vin on Unsplash

A day in DeFi land is a week in crypto; and even that’s saying something. Decentralized exchange (DEX) Uniswap posted record volumes on Friday, with some rather amusing (and dubious) sounding tokens like “Tendies” contributing to some of that interest.

Launched 2018, Uniswap is a smart contract protocol that allows for a wholly automated token exchange on Ethereum. But even though the exchange is nearly two years old, it’s newfound popularity came only this year as the DeFi space attracted major retail, and institutional, interest.

And now, it’s already eclipsed some of the top crypto-exchanges in the U.S., in terms of daily trade volumes. Ex-Messari product lead Qiao Wang tweeted yesterday that Uniswap’s volume surpassed those of Binance U.S., Gemini, and Poloniex — combined:

The exchange did over $155 million in total volume Friday. Compared to that, Gemini did $51 million, Poloniex did $56 million, and Binance U.S. did a paltry $38 million, as per data from CoinGecko.

Interestingly, Uniswap’s figures show the DEX reached a staggering one-third of the volume that Coinbase, with $563 million, did on July 31, and half of Kraken’s $$330 million. Both are U.S. powerhouses for crypto trading known for their regulatory-first approach to digital assets and attracting an elite clientele.

Much of this volume can be attributed to the current DeFi frenzy, led by the likes of Yearn.Finance (YFI), Synthetix (SNX), and Compound (COMP). In addition, “Yield farming” — locking up assets on a certain protocol to earn interest rates of up to 1000% — has been another factor.

The rise of Uniswap, the easy money, and the allure of making millions have already attracted some dubious projects to the market. Yesterday, a token called “Tendies” (TEND) did about $7 million on the exchange, reaching the top-five in total volume.

TEND is currently priced at $0.69, an increase of 320 percent in the past three days. But despite its amusing name; issuers tout it as a “Next Generation Autonomous and Hyper Deflationary Coin.” 51 percent of all Tendies are “burned” daily, creating a token model that supports massive price swings.


?Poloniex is honored to list the future of fried crypto – Tendies ($TEND) will be listed this weekend. ?

Wallets will open on Sunday, August 2 at 16:00 UTC. Trading of $TEND will be enabled soon after, with a healthy portion of honey mussy on the side. pic.twitter.com/tnbfLIPB2R

Meanwhile, some on Twitter took a dig at Coinbase seeing the rise of Uniswap (and its zero downtime):

Uniswap- 5 employees, raised small $, runs 24/7/365 without any issues, lower slippage across most <$50M tokens, anyone can list a token and become a market maker

Despite the millions of dollars in VC funds supporting it, Coinbase is notorious among crypto traders for its downtimes wherever Bitcoin prices surge/plunge by several percentages in a short time.

But with the likes of Uniswap, such “CeFi” exchanges may soon be forced to up their game.

Ren is an open protocol meant to enable the permissionless and private transfer of value between any blockchain. Learn More