The Bitcoin price just dropped below $9,900. 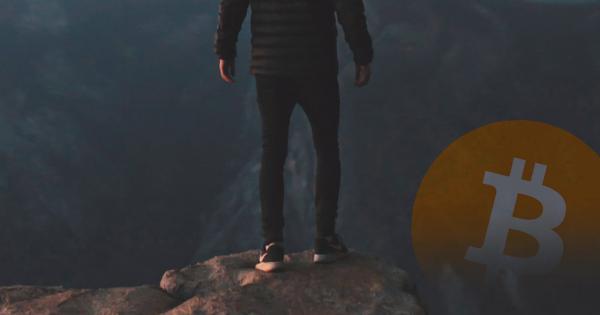 The Bitcoin price just dropped below $9,900. The $10,000 support level is described as a key psychological support level as the markets retrace. If BTC stays below this level it could foreshadow much larger drops, according to recognized crypto traders.

Cryptocurrency traders like DonAlt said that the breakdown of key lower level supports, including $9,600, could fuel a larger pullback below the $9,000 region, potentially even to $7,500. Earlier this month, the trader said:

Following the retest of $10,000, the trader emphasized that the support level has been weakening, leaving BTC vulnerable to a potential retracement.

“Heating up. The above still stands but this is starting to look concerning. There is a limit to how many times support can hold and BTC is fast approaching it. The chart is preparing fireworks for the Bakkt launch (23 September),” he added.

According to data provided by Messari, the real volume of Bitcoin is hovering at just $450 million, down by more than $1 billion since July and August when BTC was demonstrating strong momentum against the U.S. dollar.

The trading volume for BTC tends to drop over the weekend, corresponding to a price drop averaging around 3 to 4 percent. However, Bitcoin has also seen spikes in volume up to $700 or $800 million at times.

But in the past 48 hours Bitcoin has demonstrated sluggish daily volume, allowing sell pressure to build. This creates a difficult environment for bulls to push through to lead a Bitcoin price recovery.

Josh Rager, another recognized cryptocurrency trader, noted that the Bitcoin price is eyeing $9,600 to $9,700 as lower level supports. Though, the price could see a relief rally if buyers step in to defend the $9,000 region.

“On the day chart, based on price levels looks like Bitcoin could be heading back down to $9,600 to $9,700 breaking below support and the high volume node area which has also acted as support. Keep an eye on here as buyers could step in on the short term,” explained Rager.

Technical analysts generally expect the next major level of support to be at $9,600. Depending on how the Bitcoin price reacts to that price level, traders are anticipating a further drop to $7,500 or a retest of the $10,900 resistance.

Bakkt is a major variable

Throughout 2019, especially in February and March, regulated futures markets like CME Group accounted for a relatively large portion of the volume of BTC.

A report from Bitwise in the first quarter of 2019 revealed that when fake volumes are removed from the market, CME and CBOE accounted for 35 percent of all spot volume.

“And, when you remove fake volume, CME and CBOE futures volume is significant ($91M), especially compared to the real spot volume (35% for Feb 2019). This is good news because it means CME— a regulated, surveilled market— is of material size, which is important for an ETF,” the report read.

If Bakkt’s launch is met with substantial demand from a market of investors that previously did not participate in the market due to a lack of infrastructure and viable products then it could potentially be a catalyst that contributes to the recovery of BTC.