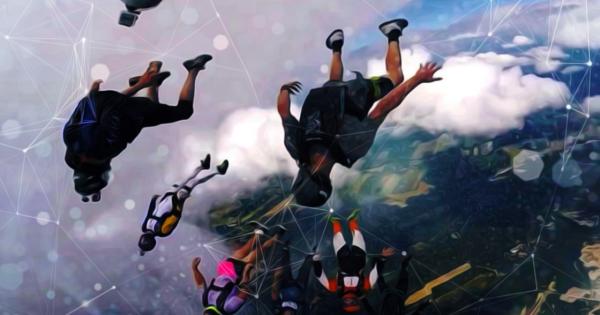 The cryptocurrency markets experienced a major drop over the past 12 hours with Bitcoin hitting a low of $9,928 and Ethereum pulling back to $852 on GDAX.  On the hopeful front, there are no anticipated revelations to cause this dramatic of a pullback, and prices have since slightly recovered.

The mainstream media loves to declare Bitcoin is dead; it’s something they’ve done 235 times according to 99Bitcoin’s Bitcoin Obituaries.

That being said, let’s explore a few factors that may be attributed to the dropping prices…

It is understandable for there to be a considerable market pullback after a spectacular few months of growth. This happened many times in 2017 and will continue happen many times throughout 2018.

Additionally, the market is moving much more quickly now — trading volumes are nearly 10x higher than they were 6 months ago. In June and July of 2017, trading volumes averaged $2 to $5 billion while for the past month they have been averaging in the $30 to $50 billion per day.

For whatever reason, Bloomberg (re)reported today that China is closing all cryptocurrency exchanges — yes, the same news we heard four months ago. There is no news here other than China is continuing its plan of cracking down on any centralized exchanges. Still, why did the media decide to report this again? Many are left baffled.

To add even more FUD (fear, uncertainty and doubt) to the fire, six days after South Korea refuted the claim, Express.co.uk is reporting that South Korea is shutting down all cryptocurrency exchanges.

Hey https://t.co/CecV3eLSos, you're about 6 days late.

“The proposed shutdown of exchanges that the justice minister mentioned recently is one of the measures suggested by the justice ministry to curb speculation," this is from January 11. This has been refuted by gov't.

CNBC Crytotrader host Ran Neuner speculated that the first CME futures closing in two days may also be a factor in the market pullback:

First CME futures close in 2 days. Is this dip linked to that? pic.twitter.com/a4B9fFBnI0

The fact is that there is not one major factor to cause the dip in price, and instead there’s a handful of possible causes, some of which may be correlated.

Of course, when prices drop, many people see opportunity. There are some fundamentally solid coins down double digits within the past 24 hours, and many people are seeing this drop as a limited time opportunity to pick up some good deals. Some other top 100 coins on sale include: