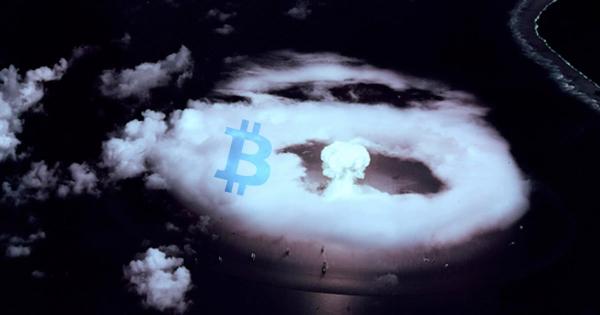 Although it’s no secret that he’s bullish on BTC, he is now noting that he believes it is a “macro weapon” that can protect investors from the economic damages that will inevitably be caused by the immense money printing and debt accumulation currently being undertaken by the U.S. and other countries.

In a recent interview with Bloomberg TV, Novogratz explained that he is currently going long on both Bitcoin and gold, with the attractiveness of these two “hard assets” being bolstered by the government’s ongoing attempts to stimulate the economy.

Explaining his reasoning, he said:

“I’m long gold, I’m long bitcoin – we are seeing a monetization of debt like we have never seen in our lifetimes… To me in the long run, that has to make hard assets look better.”

The debt monetization that he discusses is in reference to the unprecedented actions that have been taken by central banks from across the globe to stop their economies from seeing full meltdowns.

In the case of the United States, these actions have included liquidity injections in the form of repo operations, cash payouts to citizens, bailouts of major companies and industries, and many other loose monetary actions.

Smart money is loading up on BTC, Novogratz claims

In the interview, the billionaire also explained that he’s seen Bitcoin become a “macro weapon,” with hedge funds, large investors, and other forms of “smart money” loading up on the digital asset in hopes of hedging against the impacts of the pending economic crisis.

“In the last year it has become a macro weapon, and investment choice. hedge funds and high net worth individuals who had never bought it before are buying it.”

In line with his claims about being long on BTC and gold for the same reasons as these investors are, Novogratz also explained that he is going short on stocks and credit for the first time in a long time.