Although Bitcoin has stalled dramatically since February’s $10,500 peak, data shows that large cryptocurrency investors have been unfazed. 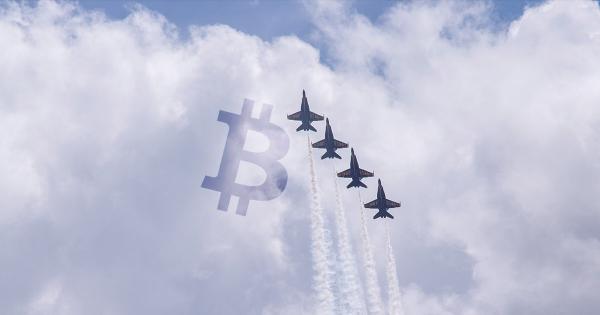 Although Bitcoin has stalled dramatically since February’s $10,500 peak, data shows that large cryptocurrency investors have been unfazed. So unfazed, in fact, that they’ve begun to accumulate more and more BTC, stacking coins in seeming preparation for a bull run.

Data shared by crypto analytics provider Glassnode on Apr. 9 indicates that the number of Bitcoin wallets with over 1,000 coins has seen large growth since December, rising from ~1,750 then to ~1,840, levels not seen since the previous halving in 2016, which came prior to Bitcoin’s 4,000 percent rally from $500 to $20,000 over two years.

The number of $BTC whales continues to grow, hitting 2-year highs – the last time we saw this many during an accumulation phase was in 2016.

This becomes interesting when we compare it with the last #Bitcoin halving.

Although not exactly an indicator of future market directionality, many see the trends in holdings of large cryptocurrency players as a good sign of what’s to come, as they’re considered “smart money” that has a good handle on what’s next.

“The number of whales (i.e. entities with at least 1000 BTC) increased leading up to last month’s market crash, and accelerated during and after the crash. This suggests that larger market players are accumulating BTC, providing an optimistic sign.”

The firm further elaborated that the simple fact that such strong accumulation is taking place in such an “uncertain market environment” is a fair sign that there’s growth ahead for the Bitcoin market.

Notably, this comes just weeks after CryptoSlate reported that from “Black Thursday” on Mar. 12 to Mar. 17, ETH whale addresses (top 100 holders) have “turned to accumulate,” adding 150,000 coins (then valued at $20 million, now valued at $24 million) to their holdings.

It makes sense why the number of whale addresses is swelling: there is tangible evidence to suggest that institutional players are starting to enter back into the crypto-asset markets, despite the drop sustained in March.

Fidelity Digital Assets — the crypto services division of Wall Street giant Fidelity Investments, a firm with trillions under management — has confirmed it has seen an uptick in interest over recent weeks.

Speaking to Frank Chaparro of The Block, a spokeswoman for the firm said that:

“From a trading perspective, we continue to onboard new clients every month and are seeing significant pipeline growth. […] And in recent weeks, we’ve seen more momentum across our business.”

The reporter’s sources confirmed this, purportedly stating that Fidelity’s cryptocurrency arm has been fielding an increase in “inbounds from pension funds, family offices, and macro global hedge funds” as investors look for better ways to invest amid the ongoing coronavirus outbreak.

There’s also adoption in terms of large companies delving into creating crypto- and blockchain-based products. But that’s a story for another time.