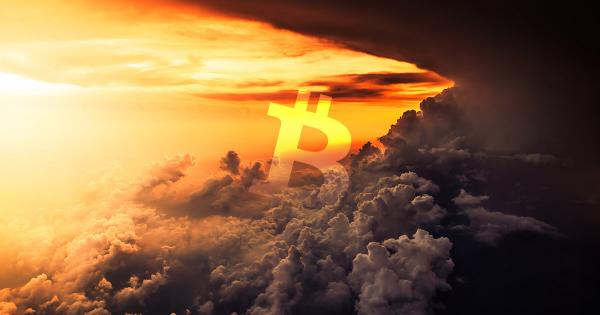 Although Bitcoin investors expected disruption, what has transpired over the few weeks in the global economy has been wholly unexpected, even by some of the most radical thinkers.

To stave off the economic effects of the coronavirus outbreak and the subsequent lockdowns placed all aspects of daily life the world over, governments and central banks have gone into overdrive, bailing out everyone in their scopes.

There’s also been growing distrust in institutions, accentuated by the below clip of a recent CNBC show in which Chamath Palihapitiya — a noted Bitcoin bull, the CEO of Social Capital, and one of the earliest Facebook executives — lambasted hedge funds and corporations getting bailed out by the White House.

The clip subsequently went viral, garnering tens of thousands of likes on Twitter.

The U.S. shouldn’t bail out billionaires and hedge funds during the coronavirus pandemic, Social Capital CEO Chamath Palihapitiya says. “Who cares? Let them get wiped out.” https://t.co/dIbizumtqG pic.twitter.com/u8BSVvr0B1

The societal pressure building is almost tangible. And as such, prominent investors are starting to call for a “new system” or “new world order” to replace our institutions.

Bitcoin and crypto, some say, are the bases of this incoming world order.

Months ago, when the stock market was setting all-time high after all-time high and consumer confidence was booming, Ray Dalio, co-head of the world’s largest hedge fund, came out with a series of stunning blog posts.

The most notable of these was published in Nov. 2019. Titled “The World Has Gone Mad and the System Is Broken,” Dalio explained that the world was heading to a point where money would become increasingly “free” due to extremely low interest rates, government deficits would “increase substantially,” sound finance will get “thrown out the window,” and the wealth gap continues to grow.

Dalio has been proven entirely correct over the past few weeks; the four trends he claimed society would soon see have been playing out to a T, just months after his prediction:

He now expects a "new world order," and there's a non-zero chance that this order will be Bitcoin. pic.twitter.com/Lb9wyg8lYd

This led Dalio to remark in a recent digital TED Talk that a new monetary system could be created in the midst of this crisis, calling it a “new world order.”

Dalio, notably, is not a fan of Bitcoin; for instance, he claimed at Davos’ World Economic Forum earlier this year that BTC is not a currency because it is neither a widely-used unit of account nor a store of value.

But funnily enough, many institutional investors-turned-cryptocurrency bulls have run with Dalio’s comments about the state of society, claiming that they effectively prove how Bitcoin and the rest of the industry will soon experience mass adoption.

While crypto is still in the early stages, so many prominent investors think that the ongoing crisis will push the industry into the spotlight as a potential contender in taking over much of society’s industries — or, to use Dalio’s terminology, a “new world order.”

Raoul Pal, a former Goldman Sachs executive and hedge fund manager, explained in an interview responding to the recent crisis in global markets:

“Many of you don’t know it, you’re still debating whether Bitcoin’s real or not, but there’s literally hundreds of thousands of people and billions of dollars of capital racing to build a new system, whether it’s a payment mechanism, storage mechanism, a custody mechanism, a verification mechanism. It’s all coming.”

Dan Morehead of Pantera Capital followed suit, saying simply that Bitcoin will “come of age” amid the crisis.

But as put best by Chris Burniske of Placeholder Capital:

Indeed, cryptocurrencies rising to the forefront in the crisis could come true because tenet to Dalio’s investment thesis is that the debt bubble that has inflated over the past few decades will soon collapse in some fashion, proving Bitcoin’s value.

As explained in a previous CryptoSlate report, the multiple scenarios (defined by Guggenheim’s Scott Minerd) in which the debt bubble will resolve will all be bullish for Bitcoin in some way.

As many like to say, there’s a perfect storm building for Bitcoin. Whether or not it capitalizes on that storm remains to be seen.

No market or facet of the economy has been spared amid the coronavirus crisis, crypto included.

Here’s why Bitcoin could obsolete the U.S. dollar, euro, and all fiat

For years, the primary use case of Bitcoin has been debated.