The Stellar Development Foundation received 98% of the XLM inflation payouts

Out of 5.48 billion XLM that has been paid out as part of Stellar’s inflation distribution process, 98 percent has gone to the Stelar Development Foundation. 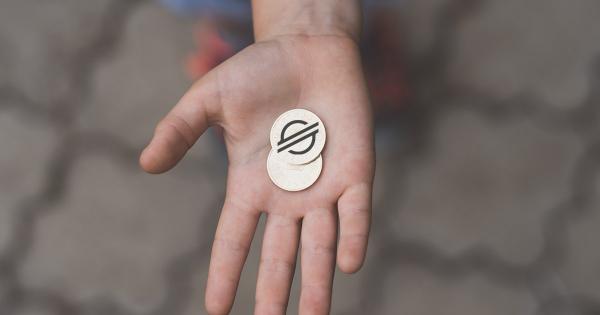 Out of 5.48 billion XLM that has been paid out as part of Stellar’s inflation distribution process, 98 percent has gone to the Stelar Development Foundation. And even though the foundation burned most of the funds they received this way to reduce the inequities in the network, none of it actually went to its intended use—community projects.

Unlike Bitcoin and Ethereum, which use the new supply of coins brought on by their inflation to reward the miners, Stellar reserves a part of its newly issued supply for its non-profit foundation. However, the Stellar Development foundation seems to be everything but non-profit, as recent research showed that it failed to spend the funds it received on community projects.

According to a recent CoinMetrics report, Stellar’s monetary inflation process issued new tokens at a set rate of 1 percent per year. The surplus of the tokens would be divided among “inflation destination” accounts, which would receive a share of the inflation pool proportional to their total balance. The distribution of the inflation would be decided via a weekly vote, where each inflation destination account that got voted by at least 0.05 percent of the supply would receive the new issuance.

Jeb McCaleb, the co-founder of Stellar, said that this process was created to “give people incentive to collaborate and decide on how network rewards are allocated.” However, after almost a year of deliberation, the Stellar Development Foundation (SDF) decided to phase out the inflation distribution process in October 2019, saying it failed to support the development and growth of the ecosystem.

The Stellar community saw none of the money it was promised

However, CoinMetrics found that out of the four years the inflation process was running, only 23 unique recipients got to share the 5.482 billion XLM as the designated inflation destination accounts. These recipients included some of the largest XLM holders on the market, including the Stellar Development Foundation, cryptocurrency exchanges, community projects, and inflation pools (individual inflation destination accounts pooled together to claim more rewards).

However, only one of these accounts actually benefited from the inflation distribution.

According to the report, 98 percent of all the inflation payouts from October 2015 to October 2019 went to the Stellar Development Foundation.

CoinMetrics explained that this is most likely a result of two factors. With the Stellar Development Foundation controlling 80 percent of the total XLM circulating supply, it has designated itself as an inflation destination and has therefore received the largest part of the distributed inflation.

Despite doing its best to remedy the inequities the inflation process caused in the network by distributing 340 million XLM, or around $16.7 million, to network development and growth since November, SDF actually worsened the position of the Stellar community. With only 834,000 XLM, or around $41,000, having gone to community projects so far, it’s clear that the biggest loser this year was the Stellar community.

For the third or fourth day in a row, bulls have taken control of the cryptocurrency market.

The total supply of the tenth-largest cryptocurrency by market capitalization, Stellar Lumens (XLM) was literally just cut in half in an unprecedented move in the history of blockchain.