The perks of centralization: Tether to return $1M USDT lost in Swerve

After a user mistakenly sent $1 million worth of USDT to Swerve’s token contract, Tether’s CTO Paolo Ardoino reached out to the community saying that the company would be able to recover the funds were ERC-20 USDT stuck in an Ethereum address. 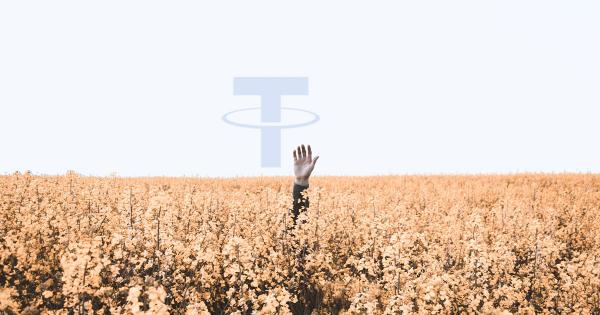 Photo by Daniel Jensen on Unsplash

After a user mistakenly sent $1 million worth of USDT to Swerve’s token contract, Tether’s CTO Paolo Ardoino reached out to the community saying that the company would be able to recover the funds were ERC-20 USDT stuck in an Ethereum address. The quick reaction, while celebrated by the user, sparked an important conversation about the centralized nature of some cryptocurrencies and the dangers it poses for the rest of the industry.

Swerve Fi, one of the latest DeFi protocols to pop up in the quickly growing fork market, has experienced its first controversy earlier today. Namely, screengrabs and testimonials from Twitter showed that one user of the protocol mistakenly sent $1 million worth of USDT to Swerve’s token contract.

Swerve Discord is savage tonight. Some guy just sent $1 million to the Swerve token contract and LOST IT ALL.

DeFi ain't for the faint of heart. pic.twitter.com/s1OO84i3dI

A Twitter user shared excerpts from a Swerve Discord chat, where another user posted a screengrab of a 1,010,808 USDT translation confirmation.

The identity of the user is still unknown, as is the reason why the tokens were sent to Swerve’s token contract in the first place. Swerve is a fork of Curve Finance, a hugely successful DeFi protocol, but with 100 percent of the platform’s governance tokens distributed to the community through liquidity mining and DAO rewards.

And while the crypto community used the opportunity to laugh at what they perceived to be incompetence to deal with DeFi, it seems that the unfortunate trader might get his money back.

Paolo Ardoino, the CTO of Tether and Bitfinex, called on the trader to open a ticket with Tether’s support service in order to get the transaction sorted out. Ardoino explained that if the lost funds were ERC-20 USDT and were stuck in an Ethereum address, Tether should be able to recover them.

Please open a ticket to @Tether_to support service https://t.co/1Yx0v0myL1
If it's USDt ERC20 stuck in an address we should be able to recover it, but in order to be sure, please contact our customer support and we'll try our best. https://t.co/B3KuRDYsVK

He also said that if the ticketID of the transaction was provided by the trader, Tether could prioritize solving the issue.

Just to be sure, if the person directly interested in this issue can provide the ticketID here, we can be sure of prioritizing it due to the amount involved.

Is decentralization just a buzzword?

The news about the possibility of the $1 million being recovered sent shockwaves across the crypto community, with hundreds of people praising Tether both for the quick update and immaculate customer service.

Dozens of users reached out to Ardoino with questions about their own botched transactions, asking how long does it take to retrieve their lost funds. According to Ardoino, getting lost transactions back usually takes “a couple of weeks” and retrieving USDT from token contract addresses is not an issue for Tether.

And while unlucky users celebrated Tether’s ability to intervene in situations like this, the other side of the crypto community wasn’t all too happy with the way this issue was handled. Acknowledging the fact that Tether was a private company with the freedom to control USDT, many still criticized it for the lack of decentralization.

Hundreds of users warned that if this was accepted as the norm there wouldn’t be much that could be done to prevent Tether from maliciously manipulating USDT in the future.

This incident highlights that DeFi is not the swiss-knife for the financial world as most users are not technically competent to safeguard and protect their assets.

Analyst: Tether (USDT) may be doing more to skirt capital controls than Bitcoin