The intrinsic value of crypto beyond the financial cycles

"We are not the architects of human society; we are the weavers of the rule-autonomy network." 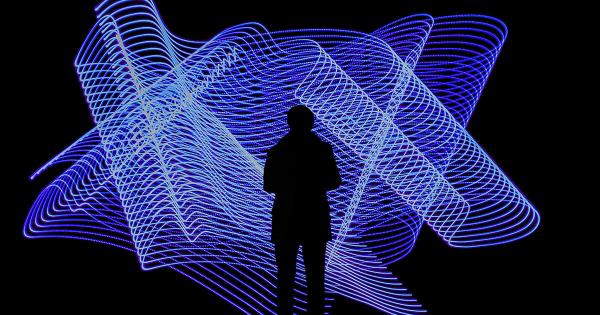 Over the past three years of operation, my colleagues at ARPA and I have had the opportunity to reflect in-depth on the nature of blockchain technology and its applications. What do these obscure terms like decentralization, immutability, fairness, and transparency mean for human society?

We share our thoughts, which we’ve formulated into eight concepts, with you today in this article.

Human beings are diverse in their pursuits; the desire for wealth, companionship and fame is part of human nature. The anticipation of the future helps make humans creative, but humans are uncertain and unreliable.

Blockchain and smart contracts represent unbreakable rules that can replace the fickle nature of human decision-making, transforming a non-transparent game between people into a transparent game based on rules. If the blockchain infrastructure could be completely decentralized, the impact on the human organizational form would be revolutionary.

Here we introduce the first concept: blockchain is an infrastructure for added value in society. Trust is based on the fact that one individual cannot change the whole system alone, thus allowing for consensus models. It is the decentralized nature of the blockchain that makes social consensus possible. As a “company” without a CEO, Bitcoin carries a trillion-dollar market cap precisely because no one person can determine its parameters. To a certain extent, Bitcoin is akin to a religion, where the physical body of the leader has gone up in smoke, but the sacred words and stories live on.

The second concept: code governance is a pathway back to the laws of nature. There are “shades of grey” in human society because many things in human interaction are not simply black or white. Similarly, human law is advisory, and there is a price to be paid for breaking it, but that does not mean it is “impossible” to break it.

The rules in the blockchain world are mandatory, adapting practices from a subjective choice not to do evil to an objective inability to do evil. At the same time, blockchain protocols need to be designed to simulate the behavior of all parties. Subject to transparent rules, they must eventually compete sufficiently to reach a state of equilibrium. Similar to nature, participants with different purposes will enhance the species diversity of the protocol, thus increasing sustainability.

The third concept: the boundary between virtual and real is gradually blurring, and the value of real rights will be redefined. The proliferation of computers and mobile phones has turned people into cyborgs and digitized the vast majority of work. Human entertainment is increasingly online, and the share of entertainment consumed digitally will continue to increase for the foreseeable future.

The paradox of pricing digital assets is that two entities cannot be identical at the atomic level, but two images are identical at the bit level. Since it costs almost nothing to replicate, digital assets are difficult to price. Blockchain NFT provides uniqueness and legitimacy to real digital rights. We believe that the concept of copyright for digital products, such as images, audio, video, games, will be weakened. Conversely, the value of real rights will increase as the digital assets spread, eventually condensing into a consensus meme.

The fourth concept: Incomplete decentralization will lead to absolute centralization. In the past year, DeFi smart contract total liquidity locked (TVL) has exploded from $670 million in early 2020 to $120 billion in June 2021, a growth rate uncommon in any industry.

Compared to DeFi, assets on-chain and STOs (Security Token Offerings) are relatively close to the existing financial system on the asset side and are advancing more slowly. In the long run, where assets are issued, circulated, and cash flow generated on-chain will be the next breaking point. We believe the only thing that can ultimately be combined with crypto is the digital native product.

The fifth concept: mutual prosperity on the asset end and the capital end. The current market that DeFi can serve is worth over $2 trillion. In mid-2020, we predicted that the growth rate of stablecoins would significantly outpace the overall growth rate of crypto and even exceed BTC by several times. The data proved us correct. In the case of USDT, from early 2020 to June 2021, USDT stablecoin issuance has grown tenfold, from $6 billion to $58 billion.

Stablecoins can be seen as the link between cryptocurrencies and the real world. In DeFi and trading, stablecoins are on the capital end, while Bitcoin, Ether, and the like are akin to the asset end. As the blockchain ecosystem flourishes, DeFi yields will be much higher than those of traditional finance in the long run, and the value of funds that can be carried will increase.

In the long term, if the market cap of stablecoin is $5 trillion and the annualized yield is 4%, then the value generated by the commercial activity of stablecoin would be $200 billion per year. This value would come from more frequent institutional-level transactions, the increased use of DeFi, and the emergence of more asset classes and cryptocurrencies.

The sixth concept: the stunning transformation from a narrow sense of cryptocurrencies to a broad definition of digital assets. There is no denying that most of the current cryptocurrencies, such as Bitcoin and Ether, combine the functions of a trading medium, an equity stake, and a store of value. The emergence of stablecoins has weakened the role of crypto as a medium of exchange but strengthened its financial properties.

Digital assets in a broad sense include all valued items that arise in the digital world, from infrastructures such as data, storage,  and computing power, to distributable media such as images and videos, to usable assets such as game items and virtual goods. Digital assets do not have financial properties but are assets that can be authenticated and circulated using blockchain.

The issuance, circulation, use, and consumption scenarios of digital assets are expected to form a closed loop through blockchain and smart contracts. The current attempts to use NFTs in IP peripherals, digital art, and game objects are baby steps. As blockchain infrastructure improves, more weak trust scenarios will be moved on-chain. The variety and scope of dapps will expand, creating more application scenarios that generate cash flow.

The seventh concept: infrastructure and applications are spiraling upwards, low switching thresholds lead to constant innovation. The internet took over 20 years to move from the earliest ARPANET to providing dial-up service and email. It was another ten years between the first browser and the founding of Facebook. The current infrastructure of the blockchain world, Bitcoin, was released 12 years ago. In the six years since the launch of Ethereum, the blockchain has gone from its initial transfer to token issuance to the explosion of DeFi. It has achieved what the traditional internet industry took 20 to accomplish. There is reason to believe that blockchain, a rules-based infrastructure, will be applied to all strong trust scenarios, such as assets, and some weak trust scenarios, such as data, in the future.

Eighth concept: To the masses! Viva la Meme! We believe that there are two types of crypto users: holders and product users. Crypto is an attention economy, and holding a coin is a way to identify with its philosophy and serve as a credential for community membership. Therefore, in the operation of crypto projects, viral marketing that fits the brand’s tone and product growth should go hand in hand.

For instance, originally intended as a spoof on Bitcoin, Dogecoin was not expected to become a cultural symbol for young people after years of inaction and the founders cashing out and leaving the market. While down-to-earth, Bitcoin Core and the Ether Foundation are distant from the speculative community and give the impression of having a considerable vested interest, making it feel less cool to young people. The younger generation of new cryptocurrency users has an innate distance from the high-priced Bitcoin. In contrast, Dogecoin is low priced and has a cute avatar to boot.

Memes can make a big impression and attract new users to crypto. But in the long run, how many memes will endure in the face of rapidly changing user preferences?

I don't like Doge, its a meme. But I also didn't like lolcats. lolcats captured attention and trained early users on the internet, and what lolcats did for the internet, Doge will probably do for crypto

In that regard, Doge is probably more meaningful than most

Looking ahead: the fusion of humanism and machine rules

The blockchain world differs from the human world in many ways; it is a paranoid rule-driven trust machine. In theory, blockchain should be the underlying driver for all natively digital assets, encompassing financial activities, virtual assets, and even social and broader data and information flows.

Admittedly, the current performance of blockchain can only barely support limited applications such as DeFi, but applications and infrastructure are spiraling upwards.

The past fifty years of the Internet’s evolution have changed every aspect of human life. Blockchain, on the other hand, will be a portal for humans to move from human governance to code governance. A few decades ago, carbon-based lifeforms got their first glimpse into a silicon-based world with the advent of the computer. The world, its rules, and its religions were brand new. We believe that the curtain is slowly opening on a society where the philosophy of humanism is highly developed, and the rules are unambiguous.