Buying and selling Bitcoin in America’s capital city just became even easier with the recent rollout of 20 Bitcoin ATMs across Washington DC. 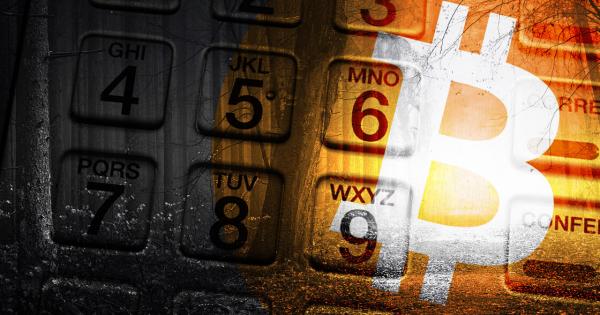 Buying and selling Bitcoin in America’s capital city just became even easier with the recent rollout of 20 Bitcoin ATMs across Washington DC. The launch of the machines follows a global surge of installations in which 9 new Bitcoin ATMs come online every day.

Coinsource, a Texas-based Bitcoin ATM provider, has announced it will be installing its machines across the district of Columbia and Maryland. Local acceptance of Bitcoin has been strong but woefully underrepresented by ATM providers, with only 5 ATMs being made available to DC residents.

The recent influx of Bitcoin ATMs in American cities mirrors a worldwide trend as numbers provided by Statista have shown numbers of the machines has doubled for two years straight, from 502 in January 2016 to 2050 in January 2018.

Cryptocurrency ATMs — much like the markets themselves — continue to thrive by providing services wherever they’re needed, particularly in places neglected by traditional banking sector such as Detroit.

Due to the ongoing struggle for acceptance by the traditional banking sector, 66% of Crypto ATMs provide only provide one-way transactions, allowing customers to deposit fiat and withdraw Crypto.

As cryptocurrencies continue to integrate into the financial system machines that don’t support crypto-to-fiat can hypothetically be upgraded to support the withdrawal of fiat from crypto accounts, allowing automated tellers to fill yet another role of brick and mortar bank branches.

The Crypto ATM market is currently dominated by three major companies which occupy 74% of the American market, Genesis Coin, General Bytes and Lamassu.

However, an interesting loophole currently exists in the space. Service providers who installed Crypto ATMs prior to widespread KYC adoption allow their users to operate machines without the need for formal identification.

Additionally, the regulations for KYC are often overbroad and unclear, either not recognizing Cryptocurrencies as monetary transactions or neglecting specific clauses to regulate automated tellers. Non-profit research centers like CoinCenter provide useful tools to assist investors in making sense of the current patchwork legal status of cryptocurrency within their state.

Similar loopholes exist worldwide, the Canadian Instacoin and Australian Bitrocket both provide customers with two way Bitcoin transactions without any need for supporting identification and neglect the required hardware to support KYC in the future.

While these providers have stayed under the radar, large-scale rollouts such as Stargroup’s plan provide Australians with 2,900 ATMs could see regulatory bodies outline their stance on the matter, forcing providers to recall non-compliant machines

The Changing Face of The ATM

Automated tellers are a mainstay of our financial distribution system providing people with a quick and hassle-free way of withdrawing funds from their accounts. As cryptocurrency adoption beings to spread into the mainstream, the role of ATMs in our society will be increasingly important adopting a whole host of function based on its supported coins.

According to CoinATMRadar, half of all Bitcoin ATMs provide altcoin support in addition to their ability to transact on the BTC blockchain.

While this currently dominated by cryptocurrencies that provide direct payment assets such as Litecoin, Ether and Bitcoin Cash, future versions of automated tellers may provide support for other blockchains, acting as access points for digital assets such as DENT to purchase mobile data, or Power Ledger, which allows customers to trade renewable energy in a peer to peer marketplace.

While this level of cryptocurrency integration may appear too far beyond the current adoption horizon, the ability to provide a truly decentralized ecosystem requires a serious investment in infrastructure.

For projects that look to provide society critical blockchain services such as blockchain based identification, verifiably secure voting systems or decentralized global real estate, providing users with a secure terminal to access their blockchain is paramount to the long-term success of their project.

By leveraging an ever-expanding automated financial ecosystem, ATMs will continue to evolve alongside the assets that constitute our changing digital economy. As blockchain development and adoption beings to expand into the wider scope of digital assets, consumers will continue to depend on these secure access points in order to manage their lives.

For markets where digital infrastructure is limited, the accessibility of these facilities will potentially provide an integral passageway to a blockchain enabled future.