Tezos ‘Florence’ upgrade is coming—here’s what you should know

Tezos moves fast, which gives assurance to developers and users that work on the platform is always on. 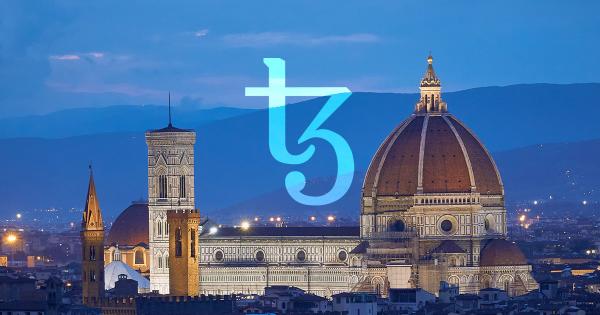 Tezos is bringing on Florence, its sixth consecutive network upgrade that is scheduled to go live Monday night.

It marks the second upgrade in just 3 months, in a move that is seen by industry players as warp speed development for this powerhouse blockchain network.

Florence features a range of bug fixes and other improvements; developers can look at the change log here.

Increased Maximum Operation Size: Operation size has jumped from 16kB to 32kB which allows for smart contracts that are double the size and a good solution for more complicated apps.

Baking Accounts: Some developers use baking accounts, Tezos is now compatible with all new code.

Depth First Execution: Order: A feature to help simplify the lives of smart contract developers, as it is now much more simple to deal with inter-contract calls.

No More Test Chain: This makes the test chain activation process obsolete; the testing period is now known as the “cool-down period.” The protocol is now tested using external test chains that work outside of the mainnet voting process.

With Florence now complete developers are being encouraged to test their own Tezos related apps to check for compatibility problems.

The last upgrade before Florence was Edo, which rolled out three months ago, and offered up some excellent features including Tickets, the Adoption Period, and Sapling. Florence now builds on Edo to enhance the ever-evolving protocol.

Tezos’s growth has been impressive, with some calling the protocol the “Ethereum Killer,” as the number of transactions draws closer to that of Ethereum’s. Activity has now passed 1 million contract calls in a single month, which shows an increased user engagement across the Tezos ecosystem.

One area to highlight is that of NFTs, with marketplaces like Hic et Nunc and Kalamint helping to propel activity for the network. Couple that with the native token behind the protocol, XTZ and analysts predicting strong growth for the coin going into 2022, all of which celebrate this high-performing, low carbon emission alternative to Ethereum.