The electric car manufacturer had to mark down $23 million worth of Bitcoin on the heels of May's crypto market dip. 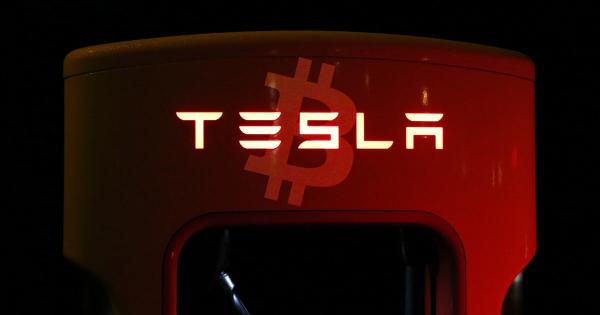 Tesla, a major electric car manufacturer led by Elon Musk, has reported a record operating income of $1.3 billion in the second quarter of 2021—which was “partially offset” by a “Bitcoin-related impairment of $23M.”

What is an impairment loss?

An “impairment cost” represents expenses that must be included in the accounting when the book value of a certain asset becomes greater than the “recoverable amount.” However, “Bitcoin-related impairment of $23 million” is the only line where Bitcoin has been mentioned in the document, so details are scarce.

As CryptoSlate previously reported, the company announced its $1.5 billion investment in BTC in early February when the coin was trading at around $35,000.

Not nearly as high as some expected.. was hearing estimates as high as $100M loss as btc fell below 30k ? pic.twitter.com/nnQ32zNkdw

At the end of March, Tesla reported that its Bitcoin holdings’ price surged to $2.48 billion amid the Q1 bull rally. However, the crypto market faced a massive correction in May, which resulted in the value of most digital assets dropping by roughly 50% over the past couple of months.

At the same time, Tesla doesn’t account for Bitcoin as a mark-to-market asset, which means that the crypto’s price swings should not affect its profits—or losses—unless the company actually sells its BTC.

However, even considering this impairment, Tesla’s operating income amounted to $1.3 billion in Q2 2021—roughly quadrupling compared to the same period in 2020. The firm also reported total revenue of $11.96 billion and earnings per share of $1.45.

Lately, Tesla’s relationship with Bitcoin was a turbulent one. Most notably, its CEO drew the ire of crypto enthusiasts when he first announced that Tesla will begin accepting BTC for its electric cars in late March—only to retract it a couple of months later over ecological concerns.

On-chain data cited by Glassnode found a significant chunk of Bitcoin was exchanged between users in the past few months in a certain price range. 2 min read

Bitcoin has seen some intense parabolic cycles in the time since its genesis, and Tesla stock’s recent rally has shown some striking similarities to that of BTC’s previous movements – but there is one key difference. 2 min read

The price of Bitcoin fully retraced after surging to around $38,000 in the past 24 hours. 2 min read